Justin Bieber & Selena Gomez Have Dinner to Discuss Reconciliation – They Fight, She Storms Out! 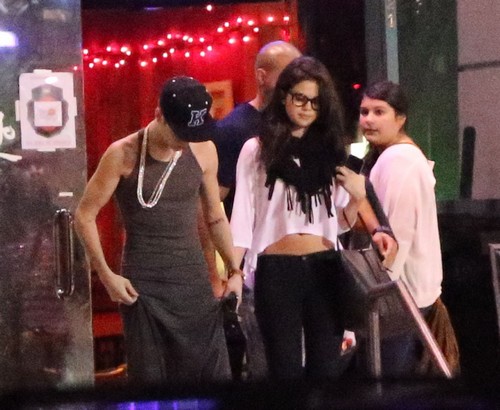 The good news is Justin and Selena attempted a reconciliation dinner at Yamato in Encino, CA last night [November 17th, 2012].  The bad news is the couple got into a huge fight and Selena stormed out.

TMZ has the scoop on the story: the “couple” had an argument while inside the restaurant and Selena left less than 10 minutes into the meal. Justin quickly followed with his head bowed.  According to a photog on scene … Selena drove home with Justin trailing a few minutes behind. When Justin got to her place … she denied him entrance at the gate and Bieber drove off.

Looks like that may be it for the Biebs and Selena!  What do you think, does Justin have a chance at winning Selena’s heart back?  Hit the comments and let us know!