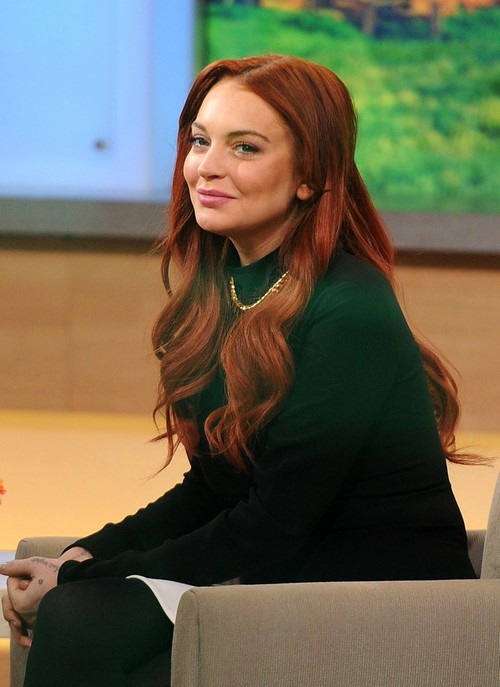 The advent of the Lohans, especially Lindsay Lohan, created the term “trash actress”. The young starlet, who is completely incapable of being balanced, had to endure another shocker the past month. Her father, Michael Lohan, appeared on “The Trisha Goddard” show to take a paternity test and to meet his latest daughter, Ashley Horn. This tabloid television moment cemented the Lohans as the craziest family this side of backyard Kentucky. However, Lindsay is not planning to meet her half-sister anytime soon.

According to a recent TMZ report, Lindsay told her friends that she’s 100% done with the “circus” of Michael Lohan. Lindsay, who was aware of the paternity dispute between Micheal and his former mistress, refuses to acknowledge her father in her life ever since he leaked a recorded phone call during her fight with Dina Lohan last month. She has no “ill feelings” towards Ashley, but she finds the situation “disgusting”. Michael fathered the now 17-year-old Horn in 1995, a time when he was still married to Dina and still fathered children with her.

Michael told TMZ, “I am sorry to hear Lindsay feels that way. I met Ashley and she is a good kid. But we all have our choices to make in life, as well as our prerogatives. Who knows, maybe someday things will change. Regardless, I want the best for all my kids.” This is rich coming from the man who completely denied his parental responsibility towards Horn and only changed his mind once he appeared on national television.

On the other hand, Horn also refuses to be part of the Lohans, and we don’t blame her. The negative vibe and crazy saga of this backyard family is too much to bear for the hardest of men. Lindsay’s career is worth less than the pipe that leads to your toilet, Dina Lohan is completely off her rocker, and Michael is a party of freaks all on his own. Good luck Lohans, because not even Bacchus will be able to save you from this one.