Christina Aguilera Weight Gain Noticeable at the American Music Awards: What Do You Think Of This Curvy Beauty? 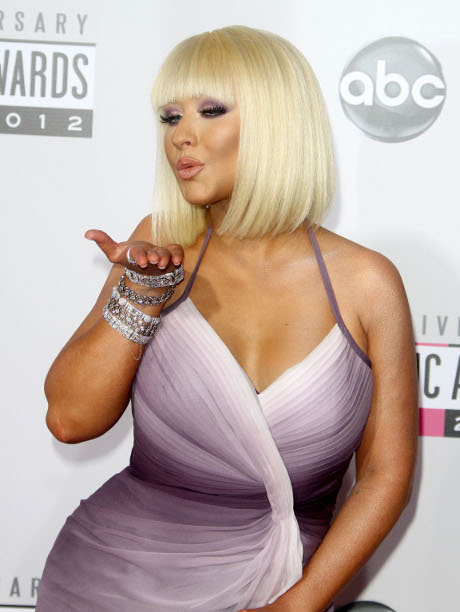 Christina Aguilera has put on weight, and this extra poundage was clearly noticeable during her performance at the American Music Awards. Maybe it really is the end of the world; perhaps the Mayans were right. Except that the sun still rose this morning and, in the light of day, Xtina is not the poster child for morbid obesity.

Christina is not the same as her “Genie in a Bottle” days. That much is obvious, but she doesn’t need to be pushed onto a treadmill for the sake of her health. Her weight fluctuation is more about aesthetics than some genuine feeling that she will collapse from a heart attack. Christina simply doesn’t look the part of a cookie cutter, rail thin pop star. Adele isn’t a size 0 but aside from internet trolls, no one is handing her pamphlets to Weight Watchers. She has universal support for her full figure. Similarly, Beyoncé and Jennifer Lopez are lauded for their womanly shapes and when Lady Gaga came under public scrutiny for gaining a few extra pounds, the ‘Leave Gaga alone’ chorus became an online anthem.

Alas, Christina isn’t a beneficiary of a reservoir spouting from goodwill. There’s just something about her that grates the nerves. She’s not as likeable as her other female peers, demonstrated by her inability to reign in her own ego. “Bionic” was not ahead of its time, but rather outdated by the time of its release. She’s also been known to feud with her contemporaries such as Gaga and veterans like Mariah Carey. She is not really the fan depicted ‘LOTUS’, Legend of the United States.

Christina rubs the masses the wrong way and it’s easy to knock her down a few pegs, but her weight is the wrong tool to pick out of the box. What do you think about Christina’s apparent weight gain? Do you think people should just leave this genie in a bottle alone and admit to the fact that she’s a curvy beauty?