Kristen Stewart Is Making Robert Pattinson Look Like An Idiot 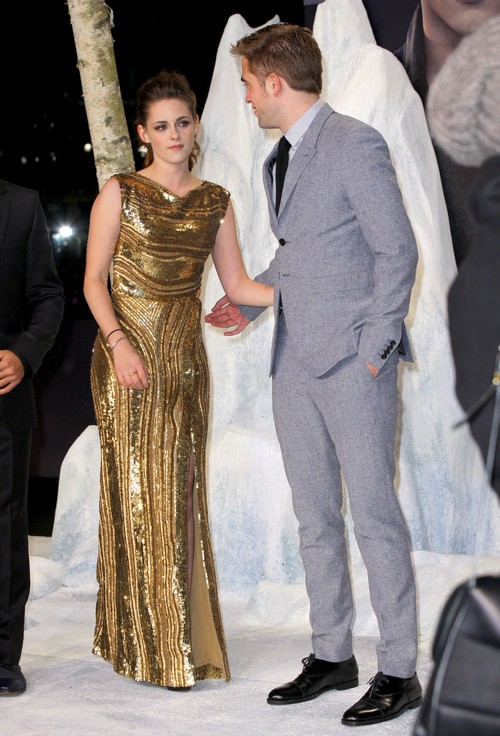 Kristen Stewart is making Robert Pattinson look like an idiot, at least according to his family and friends!

These last few months haven’t been the easiest for Robert Pattinson. Nothing ruins your year quite like finding out that your long term girlfriend has been screwing a married man behind your back and then climbing into bed with you at the end of the day. Somehow, Kristen Stewart at least appears to have wormed her way back into Rob’s good graces and the two have supposedly managed to reconcile. That’s something that friends and family close to Rob absolutely do not support.

“It’s been awful for his friends and family to watch him, under the glare of the world, next to the woman who cheated on him and broke his heart. He has to ditch her. She is making him look like a total idiot.” says a source close to the actor. Apparently everyone kept their mouths shut about the reconciliation because they knew that Rob and Kristen had a whirlwind publicity tour to promote Breaking Dawn Part Two and they didn’t want to cause added stress. Now that the promotion is finished those close to the actor are absolutely speaking up and telling him to drop Kristen before she makes an even bigger fool of him by cheating again.

Rob has been pretty vocal about his struggle with being famous and not particularly liking to have the spotlight on him. One way to lose some of the attention would be to drop the woman that has caused so much drama these last few months, I mean that’s a no-brain-er.  It does seem like Kristen casts a weird spell on him, he’s still head over heels and that is what keeps the star from coming to his senses and making a very wise, clean break.

Will Rob dump Kristen before she messes up again or will he have to catch her doing something first? Is that the only way that Rob will believe that her first hook up was not just a “momentary indiscretion” but more like a behavioral pattern? Tell us your thoughts in the comments below.