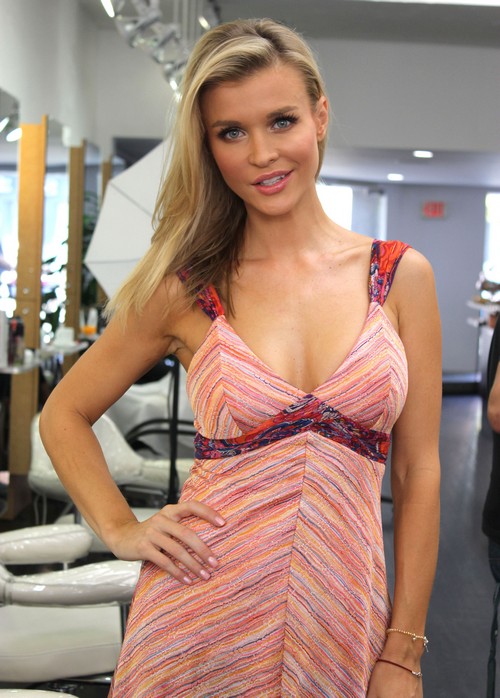 This little ditty is probably one of the least surprising things that I’ve read all week!  The Real Housewive’s of Miami’s Joanna Krupa’s engagement to Romaine Zago has completely imploded. In the show’s opening credits Joanna volunteers that she may be a model but isn’t such a model citizen and I’m pretty sure that had a hand in her relationship coming to a crashing halt. Joanna tells the newest issue of In Touch,

“We got in a huge fight, and I just pretty much got fed up with it. He loves me to death, he wants to be with me, but there’s something that’s holding him from committing 100 percent.  It’s been more than five years, we don’t have a wedding date set … Nothing was going to change.”

Of course there is another side to this story, Romaine’s and according to him,“I don’t know if it’s over forever but I’m pretty pissed. She is traveling all over the place anyway. There is no way anyone can be with her like this. That’s her choice.”

As someone who has watched this crazy relationship play out onscreen I am definitely on Team Romaine because Joanna is just impossible to stand.  She looks for fights, is a high maintenance bitch and then embarrasses him nearly every time they go out. She likes to drink but by the end of every night she is sloppy drunk and either fighting with someone or crying like a baby.  Who the hell wants to deal with that. He has asked her to put down the booze but she never seems to abstain and that just makes her already difficult personality damn near impossible to tolerate.

Have you seen this couple in action?  The break up was inevitable, but whose side are you on? Tell us your thoughts in the comments below!