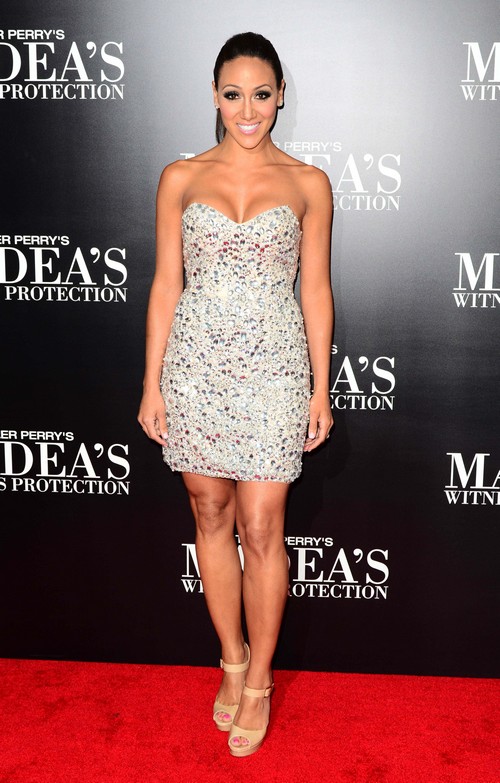 While the rest of The Real Housewives of New Jersey cast seems to be bracing for the return of super villain, Danielle Staub, there is one lady that’s not too phased and that’s Melissa Gorga.  In two short seasons with the show Danielle managed to alienate all of the other housewives either by launching personal attacks or exhibiting truly atrocious behavior.  Heck, it took Teresa Giudice twice as long to burn all of her bridges!  I’m not sure who is truly the most hated at this point though. Danielle seems like it’s all a game whereas Teresa comes across as pathological in her inability to decipher truth from reality.

Melissa isn’t the least bit hesitant to film with Danielle. In the latest issue of In Touch Melissa says that she just can’t imagine how Danielle could possibly do anything to make things worse between her and Teresa anyway so bring on the drama. Melissa sounds pretty confident that she can deflect whatever may come her way.

As for the beef between Melissa and Teresa, well, I don’t think that’s going to go away anytime soon. Melissa has trusted Teresa too often and tried to work on their relationship only to find that Tre was playing her and disrespecting her behind her back. I think Danielle will play a part in their storyline though because I’m betting that she and Teresa will join forces. They are both vilified and equally needy and desperate for attention. Plus they both desperately need a friend so it’ll be a natural pairing I think!

How do you think Danielle’s return is going to play out? Will she end up befriending Teresa and help her to battle Melissa Gorga?  Tell us your thoughts in the comments below!