Is She Doing It Again? Trampire Kristen Stewart Wrecking Another Marriage 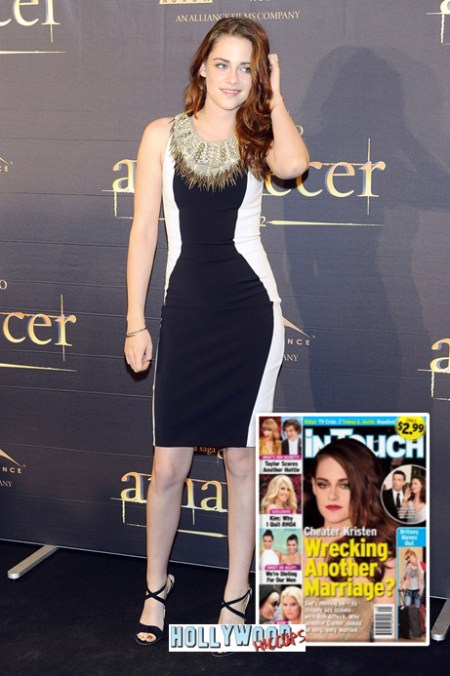 Ben Affleck, the current comeback king, has a new film going into production soon.  Focus is about a veteran grifter (Affleck) who takes a young, attractive woman under his wing. But things get complicated when they become romantically involved.  So who will play the part of this young attractive woman?  Sources are saying that Kristen Stewart is a strong possibility for the role.

When asked about KStew’s possible attachment, Ben replied “I’m hesitant to get into casting stuff because I don’t know what’s finished or isn’t because people come in and out of things all the time, but she’s terrific, and hopefully it will work out.”

In Touch Weekly got their hands on the script and there are reported to be several steamy scenes for Affleck and Stewart.  There is a nude scene, of course.  There is also a makeup sex scene after the leads have a nuclear fight.  Art imitating life perhaps.  I’m sure Kristen can bring her real life experience as an acting tool.  Of course, there is always the cliché scene where the two are all over each other outside of a hotel room, they fumble for the door and end up in bed.

I wouldn’t get too comfortable with Ben though.  His wife, Jennifer Garner, does not seem like the type to let a home wrecking whore come between her and her man.  She will without a doubt be on set daily to remind KStew that Affleck is in fact spoken for.

Will Kristen wreck another home?  I forgave her for the Rupert Sanders thing, but I’m pretty sure her career wouldn’t survive if she managed to break up Ben Affleck and Jennifer Garner’s marriage.  Those two seem genuine KStew, so hands off.

What do you think readers?  I personally can’t imagine these two will have great chemistry, but she does seem to excel at “acting” as though she wants her leading man to pound her.  I believed her character in Into the Wild.  Being a whore is her thing, but will Kristen be after another woman’s man?  We already know she and Robert Pattinson will be calling it quits for good sometime soon, but how long can she really stay alone?