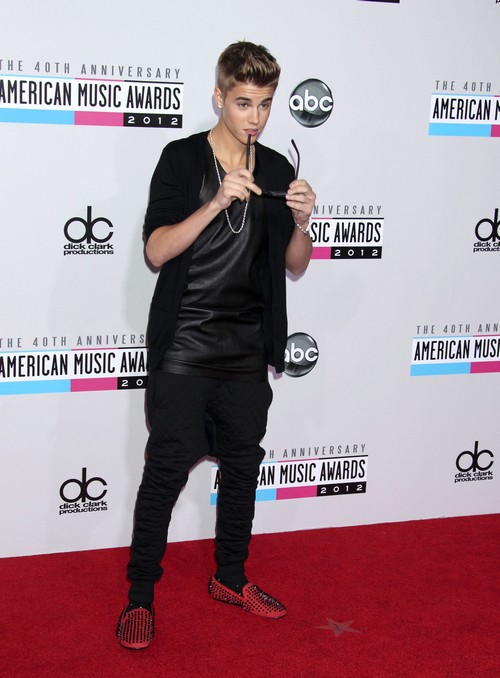 Justin Bieber must have broken a mirror in his past, because the (allegedly) super cool singer experienced a string of bad luck that would trump India in the long run. He made up for his little indiscretions – he is back with Selena Gomez, his AMA performance went down without a hitch, and his Barbara Palvin story was squished by his PR peeps. Justin is now allowed to add another victory to his bedazzled belt, because he won’t be charged for (allegedly) beating up a paparazzo.

A few months ago, when Kristen Stewart was still with Robert Pattinson, Justin punched a photographer during a physical altercation in Calabasas. The photographer phoned 911 and filed an official police report. The dogs were let out, and Justin Bieber was supposed to be charged for the misdemeanor. However, the universe smiled down upon Bieber, because according to a latest TMZ report, the L.A. County District Attorney “did not file criminal charges, because of conflicting witness accounts and an overall lack of evidence.”

Phew, brush the sweat off that one and let it marinate in the corner of relief for a second. The Bieber altercation will now be left behind in a dusty filing cabinet (do police still make hard copies of files, or is everything stored on blue iPads nowadays?)

News broke yesterday that the Biebs was permanently back with his one-and-only lover, Selena Gomez, after the two were spotted at a restaurant in California along with friends and foes. Their relationship saga grabbed the headlines during the past weeks, and while that cow is still being milked on quiet news days, there’s nothing spectacular to report anymore. We think the Bieber is punching his fists in the air today and yelling, “Thundercats Go!” This lifeless loser is quickly becoming a winner again. How’s that for resilience!