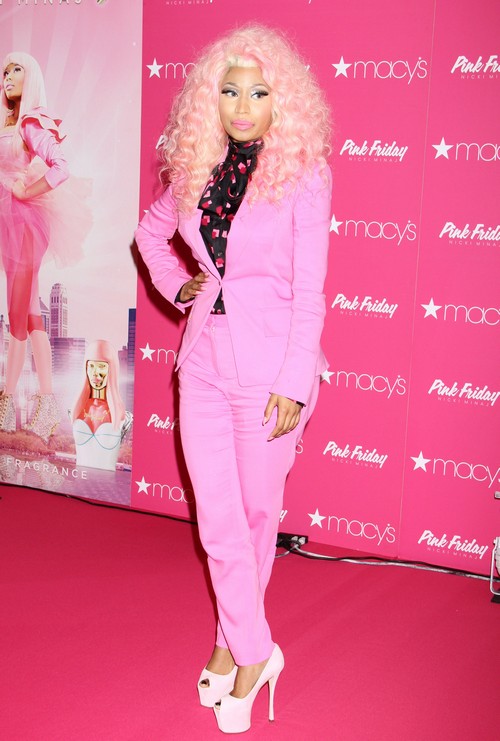 Nicki Minaj is one cool chick. The new American Idol judge and full-time singer appeared earlier this week on BET’s 106 & Park and experienced the scariest celebutante slip-up in the industry – a nip slip on live television. No, this wasn’t anything like Janet Jackson’s infamous Nipplegate during the Superbowl, this was much more subtle and flashy.

Minaj wore a bedazzled bra (there were flamboyant bunnies on the bra) during her appearance on the television show. During the part where Minaj was talking, her breast made a sneaky, suspicious move and slipped itself out from behind the ornate bra. It was like a bird watching expedition in the Amazon. This wasn’t the first time Minaj’s nips wanted to be let out of their wonder cage, because during an August, 2011 appearance on Good Morning America, Minaj lost her breasts twice. The East Coast sat upright during the live 2011 performance, but the nipples were luckily edited out during the rest of the broadcasts.

After her nip-slip at the BET show, Minaj sponsored the audience and bought the entire group of people in attendance a pizza. She also cut a $15 000 check for the Food Bank of NYC. Nicki Minaj is really one cool chick. The singer’s latest single release, titled “Freedom” has been receiving widespread critical acclaim since the release. On the other end of her career, Minaj has been involved in several scandalous altercations with her co-judge on American Idol, Mariah Carey.

However, in the end, there’s nothing that a quick nipple and a golden heart can’t fix! Let’s give it up for the coolest chick in showbiz, even though her breasts want to make an ever bigger entrance than their owner. What would you do if you were on live television and experienced a nip-slip? Would you run and hide? Would you cry and scream? Let us know your thoughts in the comments below.