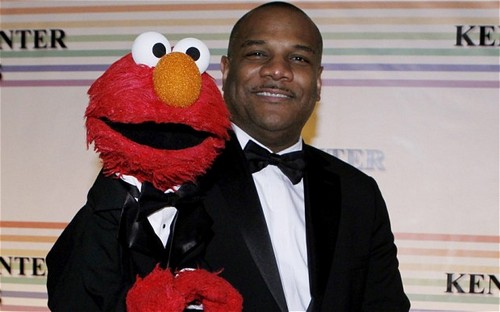 Kevin Clash, the voice of Elmo on Sesame Street, just isn’t winning anymore with the underage sex scandals. The first plaintiff was Sheldon Stephens, the young guy who claimed that Clash had underage sex with him, but was since silenced by a $125 000 cash settlement. However, a second plaintiff recently popped up out of the blue and once again accused Clash of underage sex. This time, Cecil Singleton, the second plaintiff, claimed that Clash had underage sex with him when he met Clash in a gay phone chat back in 1993. Singleton was 15 and Clash was 32 at the time.

Since the groundbreaking claims were lodged by Singleton, he held a media conference about the lawsuit he filed against Clash in New York. According to TMZ, “[Singleton’s] sexual relationship with Clash began when he was 15 and Clash was an adult … and initially lasted for 2 weeks. But they picked things up a while later.” Singleton claims that the two never had sexual intercourse, but that they did engage in other sexual activities which are too graphic to mention on a family site. Singleton also alleges that he broke off the initial relationship, because he felt Clash was too into him and that his teenage self couldn’t handle the maturity of the relationship with an older man.

Singleton is currently suing Clash for more than $5 million in damages, and asserted in his lawsuit that he suffered from psychological and emotional issues caused by the relationship. We’re uncertain whether Singleton is telling the truth and/or whether he is attempting to piggy back on Sheldon Stephens’ claims. Why did he decide to lodge a $5 million civil lawsuit against Clash, almost two decades after the alleged relationship? Why the media conference, and why the sudden urge to bring down Clash’s empire? As previously reported on Hollywood Hiccups, Sesame Workshop supported Clash during the initial claims, but Clash resigned with immediate effect when Singleton crawled out from under the woodwork. In their official statement, they wrote, “Unfortunately, the controversy surrounding Kevin’s personal life has become a distraction that none of us want, and he has concluded that he can no longer be effective in his job and has resigned from Sesame Street. This is a sad day for Sesame Street.”

What do you think? Do you think Clash is guilty of underage sex with a minor? Do you think Singleton is riding on the fame wave? There’s something fishy to this story, and it’s bound to come out sooner or later.  Let us know your thoughts in the comments below.