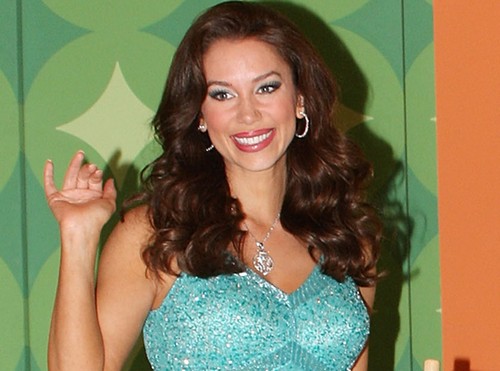 Brandi Cochran is lying in a bath tonight and saying to herself, “Oh life, the price is right…” The model and star of the famous US television show, Price Is Right, received a lovely gift today in the form of $7 million in punitive damages. Cochran sued the show for alleged harassment when she became pregnant. According to her, she was called names throughout her pregnancy on the set of the show, which included such derogative terms as“wide load”.

Earlier this week, Cochran received $775, 000 in damages from the jury present at her trial, but the testimony about possible punitive damages sealed the deal and awarded Cochran a mouth watering $7, 763, 440. That’s seven million dollars, about the same amount of money J.K. Rowling makes when she showers. Allegedly, the jury found “plenty of wrongdoing” during the punitive damages trial.

However, the Price is Right executive producer, Mike Richards, released a statement on the show’s website. According to him, “Yesterday was a tough day for the Price is Right and its staff.” He came to the show’s defense during his expression of grief and said, “If we don’t like pregnant models, we sure have a funny way of showing it.”

Oh yes, you do Mr. Richards! Did you know that treating a pregnant woman like steamed excrement is a big no-no in any book? We’re uncertain whether you had wool over your eyes and you weren’t able to see your staff’s mistreatment of Cochran, or you were just too stupid to notice. As they say, innocent until proven guilty! And you were just proven guilty in a civil suit that made you rethink the title of your show.

Do you think Brandi Cochran is trying to piggyback on the show’s name? Do you think mistreatment really occurred? Let us know your thoughts in the comments below!