Taylor Swift On Dating: ‘Every girl’s dream is to find a bad boy’ 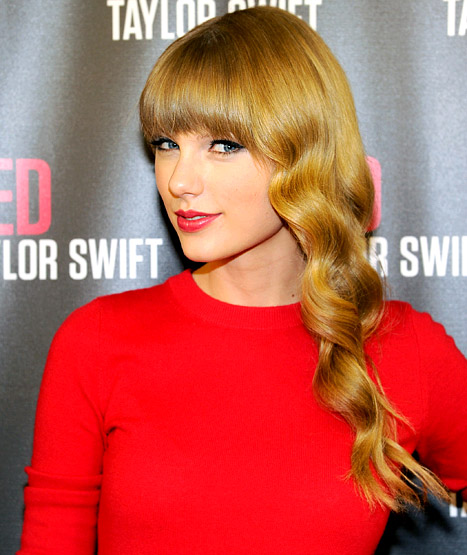 It’s only a matter of time before Taylor Swift‘s music turns into rap, seeing what she’s been recently saying in interviews. Ha. The Nashville-born country singer has said that every girl’s dream is to date a bad boy because they have a “really interesting charisma” she says. Swift who has been linked to “good guys” such as Joe Jonas, Jake Gyllenhall, Conor Kennedy, John Mayer and Taylor Lautner, explains to Parade magazine that the connection she has with bad boys is different because they tend to impress her the most when it comes to saying the right things.

This would make sense, considering she’s currently dating a so-called bad boy named Harry Styles. The One Direction star is considered a bad boy as he boasts about sleeping with dozens of women – including mothers, he loves drinking and smoking, he tends to love nightclubs and get wasted — well, maybe not a real bad boy, but in Taylor’s eyes he must be one. The two were first linked together last month before pretty much making it official as Harry supported Taylor’s performance on X Factor last week as he watched backstage.

The Christmas cover girl (for the magazine issue) said: “There’s a really interesting charisma involved. They usually have a lot to say, and even if they don’t, they know how to look at you to say it all. I think every girl’s dream is to find a bad boy at the right time, when he wants to not be bad anymore. “

Speaking about her past relationships she’s had, Swift said: “I don’t think there’s an option for me to fall in love slowly, or at medium speed. I either do or I don’t. I don’t think it through, really, which is a good thing and a bad thing. You don’t look before you leap, which is like, ‘Yay, this is awesome! Let’s not think twice!’ And then you’re like, ‘We used to be flying. Now we’re falling. What’s happening?'”