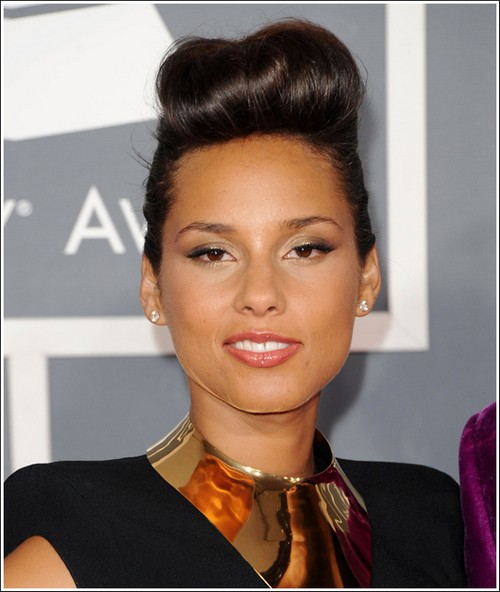 As crazy as it sounds, it’s true. Alicia Keys, who welcomed her son Egypt to the world two years ago, was feeling the pain upon giving birth but though she may have screamed in the delivery room, she says it was joyful. The Girl On Fire singer explained how she comforts women who are expecting a child by telling them the truth but insists that the pain they feel will be worth it as long as they follow he techniques that she used herself.

She told The Sun: “I like to speak about it very positively because I don’t like to scare people. I mean it was painful, hell yeah. You have to scream, unless you’re totally drugged and, hell, I screamed. But I followed this particular technique which banishes negative thoughts. So instead of calling it a contraction, it’s a surge. And I think words like that are pretty powerful. So it hurt, but I think I received it a little better and I can say I really enjoyed it… as everyone says, it was worth it.”

Alicia also recently had to explain her relationship to Swizz Beatz, after being called a home wrecker for stealing someone else’s man. The music producer who was dating a woman named Mashonda at the time – whom he also shared a child with – ditched her when he fell for Keys, before becoming engaged, getting married in 2010 and welcoming their son in October that year. She tells Jet magazine what the real situation was and why her love to Swizz is so strong:

“[Mashonda and Beatz] were apart for some time before we ever got together… [but] that doesn’t matter to those who take pleasure in trying to knock others down… There’s no need to fight what’s not true. I’d never met a person where I could be fully myself…Swizz and I live in each other’s shadow. So we can occupy the same space and there is nothing but equality. There’s something really powerful about that.”