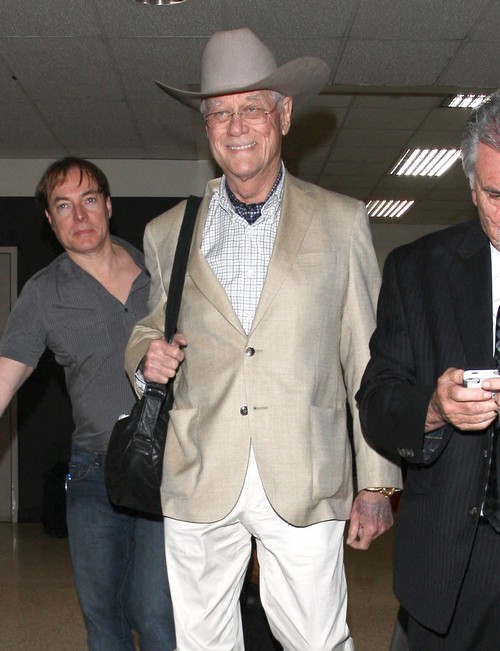 Larry Hagman who played villian JR Ewing in the Dallas series died today in a Dallas hospital.  Larry’s Dallas co-stars, Linda Gray and Patrick Duffy who were friends with him for 35 years, were at his side when he passed away.

Hagman had a liver transplant in 1995 after years of alcoholism.  In June 2011, Hagman said he had stage 2 throat cancer.  He commented,

“As J.R. I could get away with anything — bribery, blackmail and adultery.  But I got caught by cancer. I do want everyone to know that it is a very common and treatable form of cancer. I will be receiving treatment while working on the new Dallas series. I could not think of a better place to be than working on a show I love, with people I love.”

A spokesman for Hagman said the family were “devastated”. Linda said last night: “Larry Hagman was my best friend for 35 years. He was the Pied Piper of life and brought joy to everyone who knew him. He was creative, generous, funny, loving and talented. I’ll miss him enormously.”

At the time of his death Larry was in the middle of shooting the reboot of the second season of Dallas.