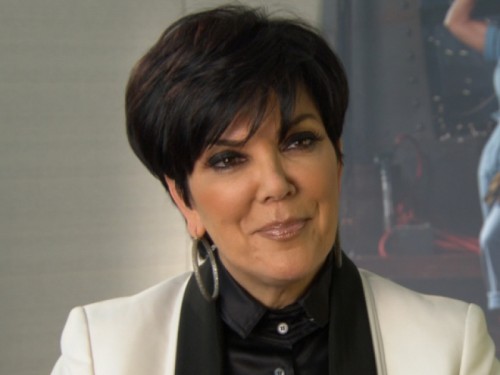 By now, everyone should be aware that Kim Kardashian is dating another guy who goes by the name of Kanye West. The rapper and the reality TV star have been dating since the beginning of the year and it seems that their relationship is tighter than any other relationships Kim has had. While reports continue to claim that Kardashian wants Kanye’s baby and get married, Kris Jenner took the time out from pimping out her daughters to discuss Kimye and what the sitch between the two are.

Of course, Kris had nothing but nice things to say about Kanye, she also did the same for Kris Humphries before talking bad about him once Kim filed for divorce (where is Humphries, anyway?). Kim’s mom says that Kanye handles himself very well around the family, considering that he’s a hardcore explicit celebrity bashing rapper who likes to make people feel like they are worthless (ask Taylor Swift if you don’t believe us). Whilst appearing on The Tonight Show, Jenner spoke a little about West, saying:

“He’s a really great guy. He’s really great, he’s great with Kim,” the Keeping Up with the Kardashians star explained.  They’re really happy, and when your kids are happy you’re happy.”

Asked whether Kanye West has any chances on appearing in the family’s holiday card, the momager tells Jay Leno: “You’re just gonna have to wait and get your card,” Jenner teased.