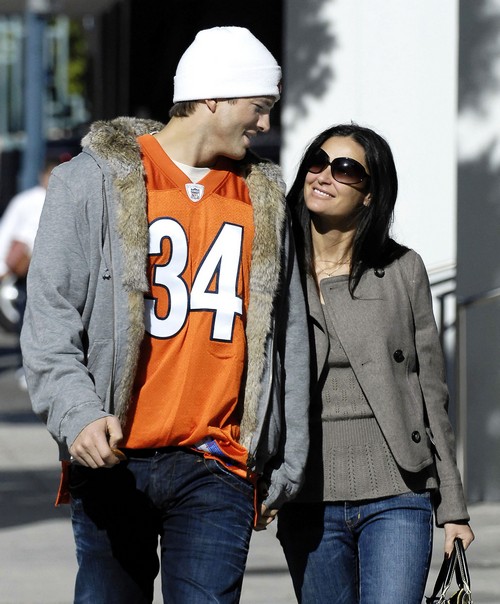 Nearly every move that Demi Moore has made since splitting with Ashton Kutcher has made her look a little crazier than the one before. They split a full year ago and Ashton was supposedly waiting for Demi to file for divorce but now it seems that the aging occasional actress has no intention of letting him go legally, until she absolutely has to.  According to Reality TV Magazine the hold up has absolutely nothing to do with any type of financial settlement, it’s pure spite at work. “Demi sees things differently and she can not forgive Ashton for moving on so quickly to Mila and flaunting their relationship publicly. It’s a classic case of a woman scorned.”

Back when the couple first split Demi was more than a bit bonkers and trotted herself off to rehab to get herself healthier. I’m going to go out on a limb and guess that at first Ashton wanted to be kind and allow her  the time to be strong enough to cope with the end of their marriage. While not an Ashton fan, I suspect he was trying to be a bit gentle with her. Clearly rather than heal from her failed marriage Demi has spent the year stewing and raging over Mila Kunis’ place in her exes life. Dragging her feet absolutely reeks of the whole women scorned thing for sure.

Demi has to hate Mila for being every single thing that Demi wants to be- young, hot, with a great career and Ashton in her bed.  I’m sure the situation has gotten old for the new lovebirds, don’t you think? Do you believe that Demi’s actions are just vindictive at this point? Tell us your thoughts in the comments below!