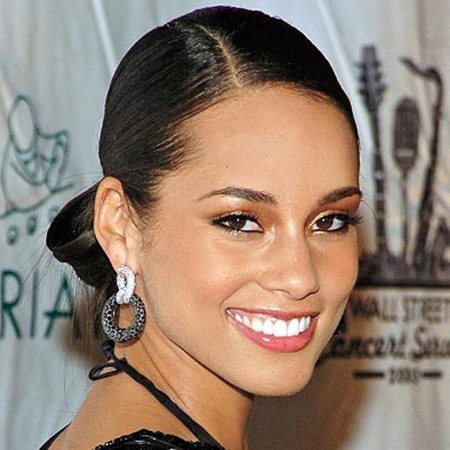 A new album was definitely needed for Alicia Keys‘ dedicated fans after a three-year break. The singer, who unveiled The Element of Freedom in 2009, has since married Swizz Beatz, welcomed her first son Egypt to the world and has since forgiven her dad. Alicia’s childhood was not fairytale as her mother struggled to pay for the bills while her father Craig Cook walked out on the family’s life which caused Keys to never speak to her father again, even when he tried to reach out to her.

Now, as the release of her album approaches, the singer felt ready to talk the meanings in certain tracks. Some of the songs on her new album Girl on Fire definitely expresses her feelings towards the obstacles she has faced in her life. Another track titled ‘Brand New Me’ is a song Alicia wrote about being able to forgive family members and people you care about before you lose them for good. The lyrics are as follows:

It’s been a while, I’m not who I was before
You look surprised, your words don’t burn me anymore
Been meaning to tell you, but I guess it’s clear to see
Don’t be mad, it’s just the brand new kind of me

Alicia tells DailyMail’s You magazine: The album Girl on Fire is fierce. ‘Brand New Me’ didn’t happen straight away, it was an evolution. It was a whole journey to get there. Some of the songs on Girl on Fire are very vulnerable. Some are me talking to myself in a subconscious way. Some have a sense of abandonment, of letting go.

Egypt is awesome, he’s two and just so silly. We feel so right together, we definitely fit.

A lot of people, when they have babies, take them home and think, who are you? What are you doing here? Then eventually they fall for them. Not me. It was love at first sight and it got progressively obsessional. I want to be there every second. I would like to have more. At least one. Every woman thinks she wants a girl and so did I, but I’m so glad he’s a boy. The mother-son bond is really powerful.

Women are more complex by nature. Daughters are often closer to their fathers. I grew up with only my mother. Recently I feel both me and my father have grown up. I think something happens when you become a grandparent. You have a different mind-set. There’s less pressure on the relationship, so maybe it’s closer. He was with Egypt last week and he loved it.

Since Egypt I’m more peaceful. I’m a more comfortable-in-my-own-skin person. But it happened before that too. I was becoming more open. I started to understand things better.

My father and I are fine now. I would say in the process of growing up you realise you’ve been holding on to anger. I was angry then and am sure I had the right to be angry, but if you hold on to all this anger the only person you’re hurting is you.

The process started when my [paternal] grandmother became ill. You realise what’s important when you see a person you love dearly and you’re not going to have them for long. It was important to her. And I saw [my father’s] love for her. I realised he wasn’t an evil person so I said, ‘Can we start from this point on? Can we be friends? I can start to understand you and you can start to understand me.’

The singer’s fifth studio album, Girl on Fire, is in stores today!