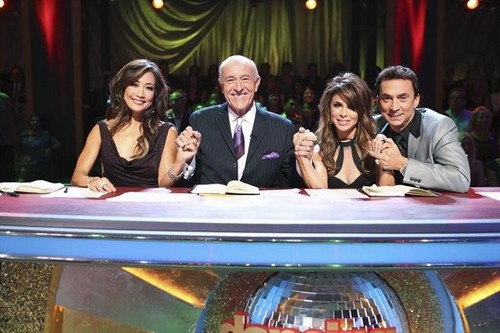 Dancing With The Stars All-Stars airs on ABC tonight.  The final three finalists go head to head for the mirror ball trophy.  After 10 weeks of competitive dancing, All-Stars Kelly Monaco & Valentin Chmerkovskiy, Melissa Rycroft & Tony Dovolani and Shawn Johnson & Derek Hough have proven they deserve to be in the finals. But only one couple will be crowned champions of “Dancing with the Stars: All-Stars.”

Tonight on the final one-hour performance show, each of the couples will compete in two dances. All three couples will perform their favorite routine from the season, as well as a Super-Sized Freestyle. For their Freestyle, they’ll be allowed to add extra performers, incorporating all kinds of lifts and tricks to create an out-of-this-world entertaining routine.