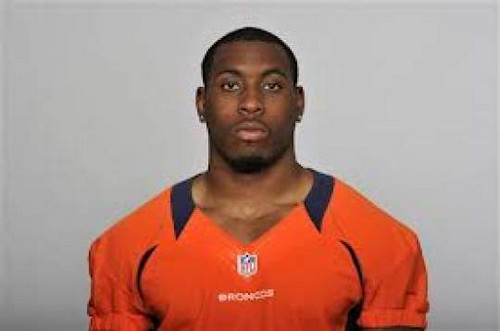 Jonathon Amaya, a Miami Dolphins player, was arrested in Miami Beach early this morning for choking a cab driver. Why would anyone, especially a 6’2”, 185 lbs NFL player, attack a driver? Well, according to TMZ, Amaya gave the taxi man $100 and asked him to take him outside of the routine area of operations. It’s still unclear as to why Amaya attacked the driver, but the brutal attack resulted in the taxi driver almost kicking Amaya out of the cab. At one point during the taxi brawl, the driver even offered to give back the $100 in order to stop the assault.

According to sources, “Amaya leaned forward and wrapped his hands around [the taxi driver’s] neck and started choking him.” The police arrived on the scene shortly after the attack. Amaya was still inside the taxi when the driver yelled at police, “This man is trying to kill me!” According to a police report, the driver had no visible injuries to his neck and/or body. Amaya was “escorted” out of the vehicle and was arrested for assault just after 4AM in the morning. He was booked at Miami-Dade county jail on a $1500 bond.

The 24-year-old Amaya debuted for the Miami Dolphins in 2010, but was cut from the team shortly thereafter and added to the training squad.  However, on the 30th of October of that year, he was signed to the active roster. He has made 10 official appearances and has recorded 15 tackles on special teams. During the Dolphins’ victory of the Seahawks on Sunday, Amaya failed to record a single tackle, and he has only recorded four tackles during the entire year of professional National Football League appearances.

At the time of writing this article, there’s no word yet on when Amaya will be officially charged in court with the brutal assault, but word on the street is that the taxi driver is safe and healthy – he can thank his lucky stars.