Rumer Willis Desperately Wants a Music Career, So What If She Can’t Sing! 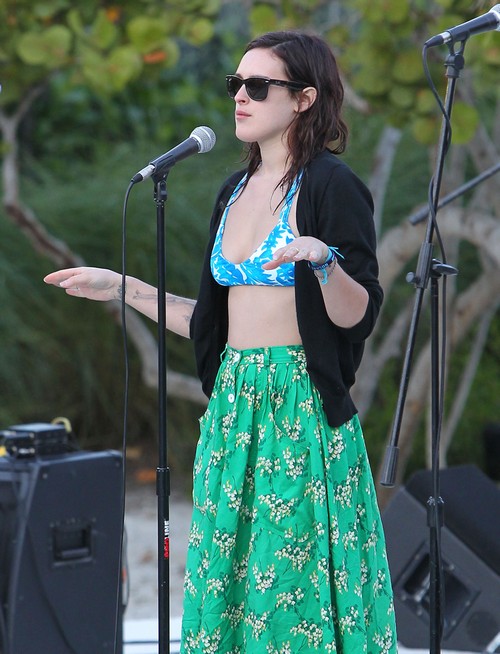 Rumer Willis the next Britney Spears?

The daughter of Bruce Willis and Demi Moore wants to be a popstar, the thing is she can’t sing.  But Rumer is not going to let a little thing like not being able to sing slow her down, she is desperate to launch a music career.

Shouldn’t be a problem, with all the money mommy and daddy have, I am sure they can buy her anything she wants, except talent.  Rumer is so determined she has landed a weekly performing gig at The Sayers Club in Los Angeles – but reportedly has a terrible singing voice.

A source told Star magazine: “The venue likes Rumer to sing every week because she brings publicity but the truth is she’s horrible.”

The funny thing is Rumer just does not accept how bad her voice is and has become a laughing stock at the club.  Rumer has even bragged her voice sounds like Lana Del Rey.  The source added: “The regulars all secretly laugh at her because she’s always bragging that she sounds like Lana Del Rey when actually the audience can’t stand to listen to her.”

She didn’t let the fact that she could not act stop her from being in movies LOL… So why should a bad voice stop her from singing?

Rumer is just another spoiled rich kid with no talent who thinks she can have everything she wants.  Note to Rumor:  You cannot buy talent!