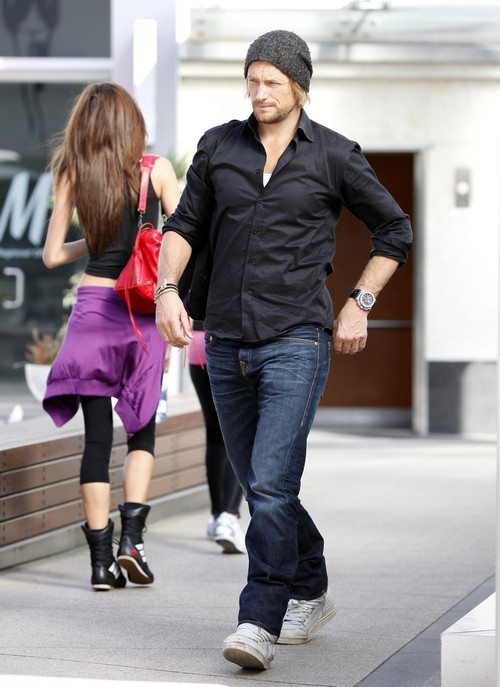 Gabriel Aubry headed to court today to get the protection order Halle Berry had against him lifted.  The order stated that Gabriel had to stay 100 yards away from Halle, Olivier, and his own daughter Nahla.  Gabriel left court victorious and the order has been lifted and he is permitted too see his four-year-old daughter Nahla.  According to RadarOnline: “[Gabriel] will be allowed to resume visitation with Nahla, with unspecified precautions in place to protect her safety.”

Gabriel is also seeking a restraining order against Olivier, preventing him from having any contact with Nahla.  A source said: “Gabe will ask the judge to prohibit Martinez from having any contact with Nahla. “Gabe believes that the judge will be disturbed by the fact that Olivier suddenly inserted himself into the custody hand off on Thursday. Halle’s  nanny/housekeeper is supposed to be the go-between for the parents when Gabe picks up and drops off Nahla.”

Gabriel was originally arrested for battery after Olivier claimed Gabriel started the vicious fight over Thanksgiving.  At the time of the arrest Hollywood Hiccups was certain that it was Olivier and not Gabriel who started the fight.  Now photos have been released of Gabriel’s injuries and Olivier is looking more like the guilty party.

Gabriel also asked police to secure security footage from Halle’s house which he believes will exonerate him before it can be destroyed.

Not that Olivier is looking guilty, I wonder how long it will take Halle to kick Olivier’s butt to the curb?