Kourtney Kardashian Avoids Reggie Bush Like the Plague in Miami 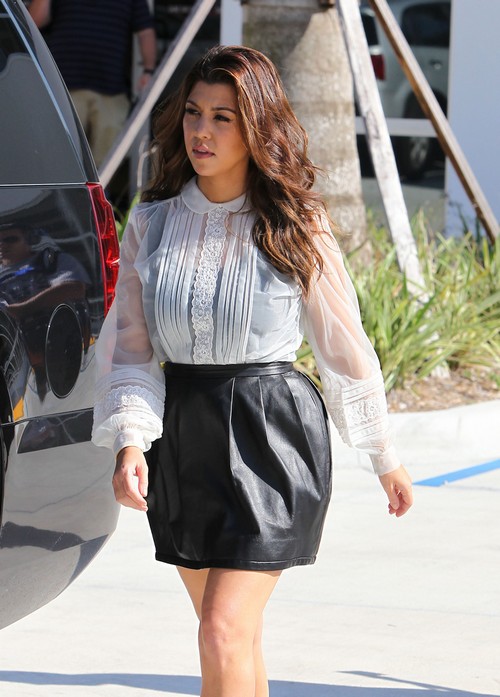 The Kardashian’s are a lot of negative things but at least on a more positive note, they are loyal to each other. Kourtney and baby-daddy, Scott Disick went to dinner at one of Miami’s hotspots- Makoto– last Friday night and ran into none other than Reggie Bush!  Kim dated him for a few years and finally ended things when he wouldn’t marry her and start a family with her all in the same minute. Ironically enough, Kim is the one still sitting in a (probably) temporary relationship, while Reggie has moved on with Lilit Avagyan.  She’s a Kim look-a-like that just so happens to be carrying Reggie’s baby, kind of like Kim wanted to do!

Kourtney requested a particular table at the restaurant and was informed that not only was it taken, but that Reggie and Lilit were the ones’ sitting there. Surprisingly, Kourt didn’t storm out, but instead asked to be seated as far as possible from the couple. She has always appeared to be a pretty loyal sister although I’m sure she’ll still get hell from Kim for not actually leaving the restaurant.

I have to wonder what Kim really thinks about her string of exes.  It has to be hard to see them move on and be happy with someone other than her. I wonder when Kimmie will take a really hard look at herself. Does she pick the wrong guys? I mean, they appear to be capable of committing to other women so maybe the problem really is Kim!

Did Kourtney handle things well, or should she have dined somewhere else all together?  Tell us your thoughts in the comments below!