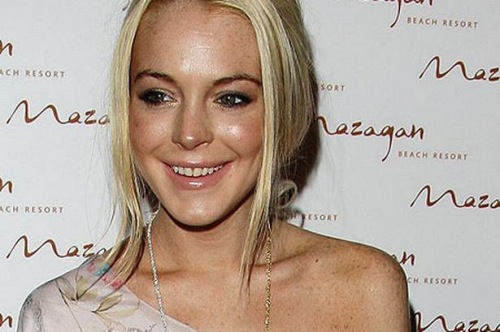 Oh goodness, well if this girl decided to stay away from cars and nightclubs, no one would even bother this delusional woman. Lindsay Lohan has said that she feels bullied by the media and hates how people who don’t even know her sell stories about her life which are fabricated and not true. The actress who spoke to TMZ last month after her father Michael Lohan leaked a phone call to his daughter over to the gossip site where Lindsay can be heard saying her mother is doing cocaine among other bizarre things. While she claims she no longer speaks to her father for what he did, she doesn’t understand why people are so obsessed with her.

Hmm, well Lindsay, you are the person who constantly gets herself into trouble. Look at Amanda Bynes, she was getting bad press last month with her constant hit-and-run charges, but she decided enough was enough and moved to New York to stay away from the paparazzi and clear her head. Meanwhile, Lohan continues to stay in Hollywood, acts recklessly around friends, gets into several car crashes and then acts surprised to why everyone is so mean to her.

The Liz and Dick starlet explained to Us Weekly that she used to love being around the cameras, but it gets to a point where enough is enough:

“Since I was a kid, I’ve loved being on camera,” she said. “Don’t misconstrue that: I didn’t strive to have flashbulbs at dinner or people who don’t know me calling TMZ. And 99% of the time, it’s not true.”

Lohan added: “I feel bullied. I can’t think of any actor who has been subjected to such extreme publicity who hasn’t, like, committed suicide.”

Lohan’s appearance in Lifetime‘s Liz and Dick failed to impress viewers, while critics founds the film “hilariously funny” as opposed to taking Lohan serious as she portrays Elizabeth Taylor. Ratings also weren’t amazing, peaking in at 3.5million viewers throughout the evening. So, is this the end of Lindsay’s career? We smell a future flop in the making.