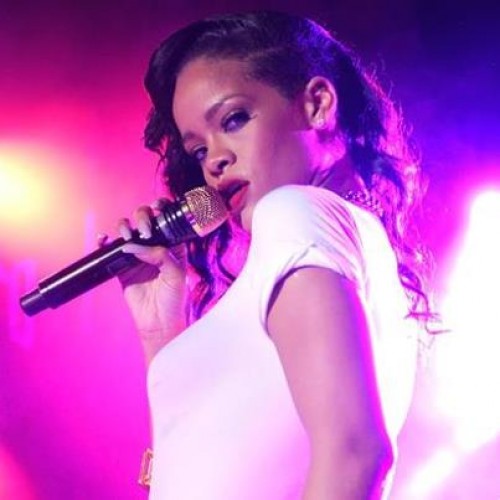 We don’t usually agree with Rihanna, but she makes a fair point. The singer who went on a 7 days, 7 concert, 7 countries tour two weeks ago, invited 150 journalists and bloggers on her trip around the world to experience the crazy life of the Bajan star. While Rihanna was up to chill with guests in the plane when they headed to Mexico City for the first tour date, she all of a suddent went M.I.A from them as she hired a private jet so she can have her own space. According to reports, people would sing Rih’s hit song ‘Where Have You Been?’ in hopes that her team would get her to come and say hello, but she didn’t.

Rihanna has finally spoken about these allegations against her in a recent radio interview she did with Nick Grimshaw for Radio1. The Diamonds singer explained that after each show, people expected her to get drunk with her guests on the plane and throw a party – like she did when they headed to Mexico. Little did they realize that each show would make the singer tired, and seeing that she only had time to sleep during flights, she wanted to get some rest and stay away from loud music and people getting wasted.

“It was different having to do your job but also have 200 guests come along with you,” she told Nick Grimshaw on the BBC Radio 1 Breakfast Show. “They all want you to host a party every time you get on the plane after a show but you really only have that time to sleep until you get to the next country.

“Sometimes it was a two-hour ride to the next country and that was all the sleep you would get. I knew I had seven countries and seven shows and I had to save my voice. I didn’t go crazy. I didn’t party too hard. I did have fun though. I tried to get everybody involved but sometimes you just wish you could give more.”

According to Rihanna’s team, they will no longer hold these kind of events again in the future due to the “ungrateful journalists” who constantly complained despite getting free drinks, free flight tickets around the world and catch seven Rihanna concerts.