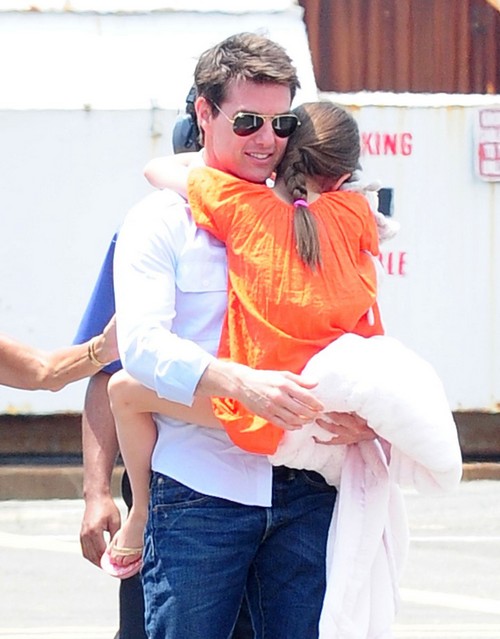 Suri Cruise will NOT be spending Christmas with her father Tom Cruise!

It looks like since Tom got to spend Thanksgiving with Suri, he will have to give up seeing his daughter at Christmas.  Katie Holmes has full custody of her daughter Suri, and that is where she will be spending Christmas.  A source revealed: “Katie and Tom are focused on Suri and as part of their divorce agreement, Suri will spend Christmas with Katie.  They are trying to be amicable and Tom will see Suri over the holidays – but on Christmas, Suri will be with Katie and her family.”

Suri was back at her New York school yesterday after spending last week in England with Tom.  This was the first time Tom and Suri saw each other in three months.  The two spent some time at the Harry Potter World theme park in Hertfordshir.  Tom has been away in England shooting a new film.

Katie took a break from her Broadway play, Dead Accounts to  spent the Thanksgiving holiday with her own family in her native Ohio.