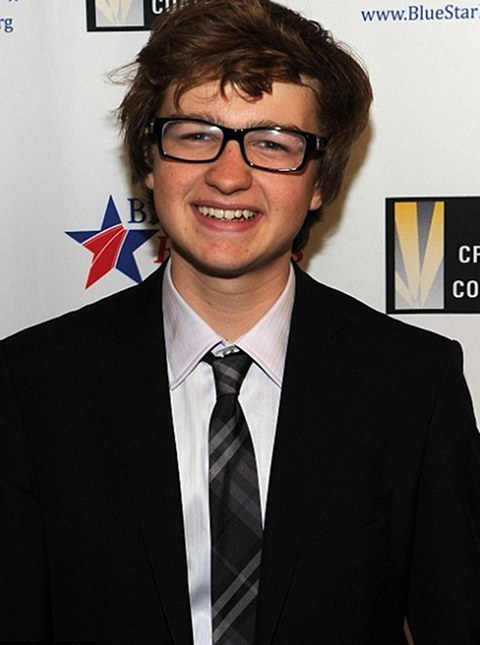 Didn’t see this one coming! Angus T Jones is probably the richest kid on TV, making a sweet $350,000 per episode of Two and a Half Men. The show went through a rough point when Charlie Sheen went full on crazy, but he was replaced by Ashton Kutcher and ratings are up again. But now the beloved chubby Angus, who has been on the show since he was nine (and is all grown up and looking good!), has spoken out against the show, citing his new Christian moral values as cause for his 180. The child actor appeared in an ad for Forerunner Christian Church, in which he slams the show.

Of course, the show is rated PG-14 and is marketed towards older teens and adults. As far as I can tell, adults can decide for themselves what to watch, and parents should be involved in their kids’ TV watching. This is also a classic example of child exploitation: as a kid, Angus had no idea what he was getting himself in to. His parents were blatantly exploiting him and now he’s contractually obliged to continue doing something that goes against his values. I think he’s barely an adult and is fully entitled to his opinions, but I hope his contract doesn’t prohibit him from speaking against the show, or he could find himself in hot water. What do you think of his Christian take on the show? Personally, I don’t watch and think it’s pretty sexist, but if you like it, go for it! Should Angus be telling others what to do? Does God hate people who watch dirty TV?
Continue Reading