Bachelor Spoilers: Find Out Who Sean Lowe Proposed To, Plus Runner Up! 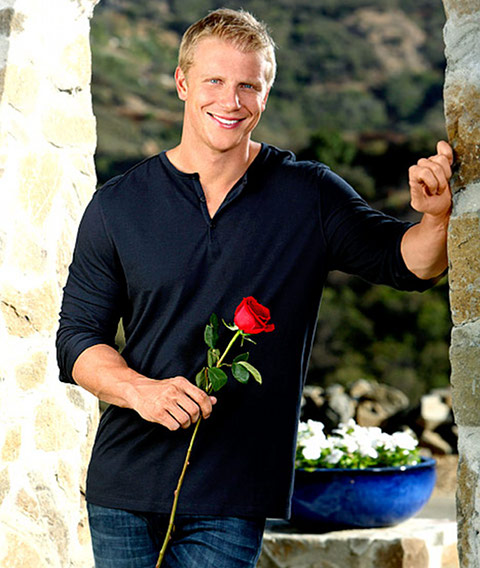 Stop reading if you don’t want to know! If you know that it’s all staged anyways and that they’ll split up and land spin off TV shows, keep reading! Sean Lowe was a favorite on Emily Maynard‘s season of The Bachelorette, so we weren’t too surprised to report he had been cast as star as the new season of The Bachelor. The guy is a pusling bag of steroids and hair bleach, but that doesn’t mean he’s as fake at heart as he is on the surface. (Fake tan, anyone?)

Despite the low rate of marriages of stars and winners on the popular dating show, people can’t help tuning in. It’s a great guily pleasure–watch attractive people act like morons, try to make “office assistant” seem like a respectable job, and travel to exotic locations and stay in gorgeous hotels. All while in full hair and make up! I don’t know which is better–watching the girls cat fight, or watching the guys bicker and whine and try to act chivalric!

Reality Steve reports, “Sean did choose one of these girls. There was no craziness at the final rose ceremony. He didn’t let the one he didn’t choose go early or anything like that. Played out like many past final rose ceremonies have. Both girls come up to him individually, he dumps one and proposes to the other. Sean is engaged to Catherine Giudici.”

US Magazine has the scoop on the lucky lady: “Catherine Giudici [is] from Seattle. The stunner is 26 years old and a designer at Amazon, as well as a food writer. She went to Washington State University and she loves traveling the world.”

I’ve lived in Seattle all my life and can honestly tell you that Washington State University is an okay school with a really high acceptance rate. Amazon is pretty picky about who they hire, so that may say a lot about her work/talent/intelligence, but the fact that she works as a food writer on the side makes me wonder if “designer” is a polite way to say “receptionist who color codes.” The other girls who got home town dates are Lindsay Yenter of Missouri, Desiree Hartsock of California, and AshLee Frazier from Texas. All will be revealed on 7 January, when Sean’s season premieres. Will you tune in?