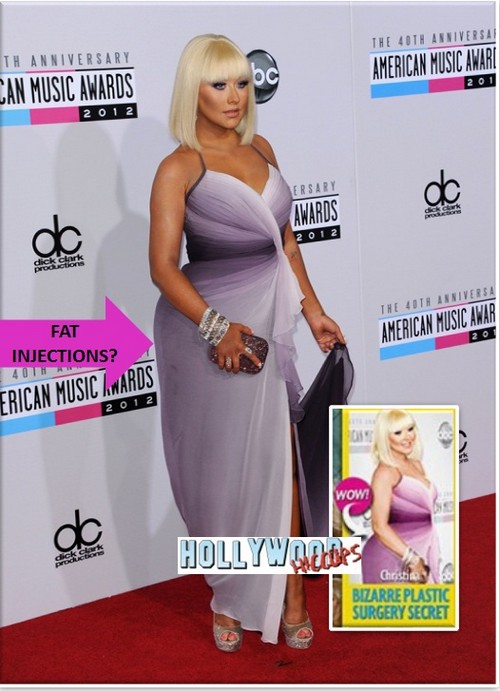 Even if you spend most of your life under that proverbial rock you have to have seen a recent photo of Christina Aguilera‘s very obvious change in appearance. The Grammy winner has spent the last two years celebrating her life as a free, divorcee’ and with her new lifestyle comes a totally different body I guess.

Hard partying caused the diva to gain quite a bit of weight and rather than buckle to the media’s name calling and put herself on a strict diet, she has instead gone in the other direction. Embracing those curves appears to have also meant building her own backside.According to the latest issue of Star Magazine Christina’s change in appearance “could be that she has had liposculpture to the waist and fat injection to the buttocks.”

I’d say it definitely looks like the dirty girl has spent quality time in a plastic surgeon’s office but of course some are claiming that she hasn’t gone under the knife but is instead sporting silicone butt pads under her clothing. Anyway you look at it, Christina is embracing the bigger butt to help balance out the expanding waistline!