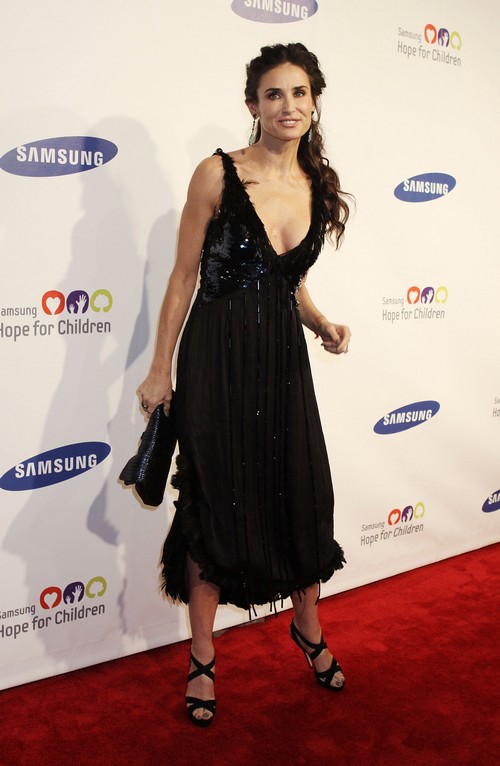 Demi Moore who is 50 years-old is rebounding with another toyboy.  The girl really has to get a clue!  Demi whose  six-year marriage to 34-year-old Ashton Kutcher ended last November has moved on to greener pastures.  Demi is showing Ashton she can get an even younger man then him.  She is dating 26-year-old Vito Schnabel, the art dealer son of star painter Julian.

Demi just does not learn, men half your age don’t want you for true love.  Here’s how the story goes – Demi and Vito got together earlier this month at Naomi Campbell’s 50th birthday party for her boyfriend Vladimir Doronin in Jodhpur.

Rumor has it the two couldn’t keep their hands off each other.  eww….she is old enough to be his mother..  One told the New York Post newspaper: “They were dancing and grinding all over each other, openly, in front of other guests.”

Since the party the two have been spending lots more time together.  There is something seriously wrong with Demi Moore.  She has this overwhelming desire to stay young and she thinks dating men 1/2 her age will do it. Wrong, wrong, wrong!!

Note to Demi: Find a nice man your age and maybe you will find happiness!!