Zayn Malik Backed Out From Meeting Johnny Depp: ‘I Was Too Nervous But I Do Regret It’ 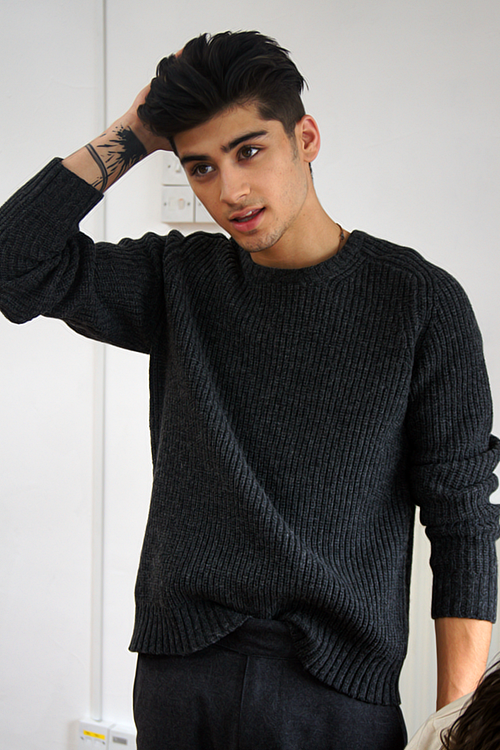 One Direction’s Zayn Malik has said he regrets not meeting up with Johnny Depp when he had the chance to. Zayn and the other four members of the boy band were invited to hang out with the actor at a studio in the States, but Malik’s nerves got the better of him and he decided to back out and stay at home. He says his reasoning for not going to the studio to meet Johnny was because he’s a massive fan and he didn’t want to end up embarrassing himself in front of him:

“I was too nervous to go. I am a massive, massive fan and I didn’t want to embarrass myself so I let the boys go without me,” Malik told The Sun. “Hopefully, there will be a next time. The boys said he was totally cool. I kind of regret it for sure and the lads said I was a scaredy cat.”

He added that he kind of relates to how his fans act when he is around them — they tend to get very excited and can’t contain their emotions. He says he felt exactly the same in that moment, continuing: “Some of our fans get so excited or nervous when they meet us and that’s how I was at the thought of being with Johnny. But instead of lapping it up and enjoying it, I ran the other way.”

Meanwhile, One Direction were recently named the biggest boy band in the world, after selling 500,000 copies of their second album, Take Me Home, last week in the States alone. They are THE ONLY British boy band to score two number one albums.