Michael Lohan Knew Lindsay Would Get Arrested Again: ‘I Hope God Deals With Her’ 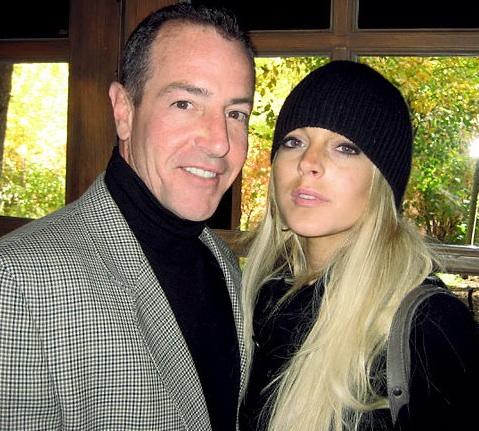 Media whore, Michael Lohan, has once again gone straight to the press after news broke his daughter Lindsay Lohan had been arrested after allegedly punching a woman in a nightclub. In case you’ve been living on Mars, the woman supposedly told Lohan how rubbish Liz and Dick was, before a very drunk Lindsay threw the first punch. Now, her father has spoken out and said that he knew she was going to be arrested again, and this time he isn’t too sure if Lindsay will get away with it again, considering that she’s also facing another three charges, including a hit-and-run over the summer.

We’re baffled as to why Michael would publicly turn to to press as opposed to trying to find a solution that would help Lindsay get her way out of this mess. We wouldn’t forget that these are the Lohans… delusional, attention-seeking people who pretty much disgust us, especially Michael himself (who tends to make a living off talking bad about his own daughter). Within hours after the arrest, Michael hit up ET Online to talk about it and how he felt about the whole situation.

“I told you exactly what would happen and was trying to get Dina on board with me for a long time but especially the last two weeks,” Michael told the news service.” He continued: “If she had, I wish to God, she would stop and resolve things with us to do the same for our children. It’s really sad that the same good people are always there for her and the ones that care are the ones she hurts the most. She is in a dark place, it’s in God’s hands and I hope he deals with her appropriately.”

Meanwhile, mother Dina Lohan seems to want to take the high road as she asks for privacy in this not-so-shocking situation she’s been dragged into. The statement, which Dina sent to Radar Online, said the following: “At this time I kindly ask that you extend to my family the time we need to address my daughter’s circumstances with the appropriate parties,” she said. “As a mother you always love and pray for the best with all your children.”