Selena Gomez Confirms She Will Not Be Spending Christmas With Justin Bieber: ‘It’ll Just Be Me This Year’ 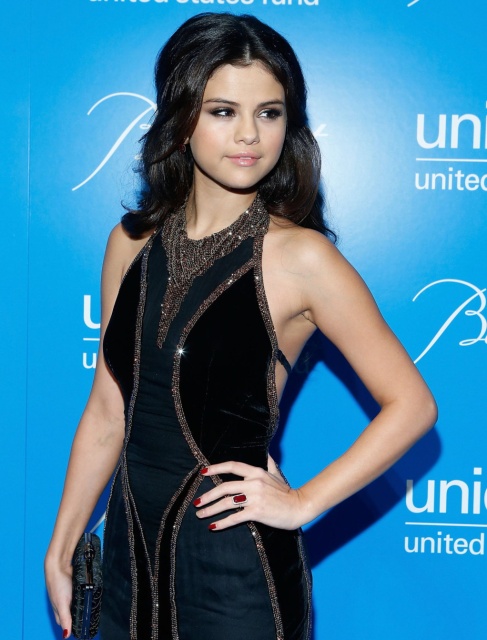 Looks like Justin Bieber really upset Selena Gomez, considering that she will not be spending Christmas with him. The Canadian superstar who flies home to Canada every year to spend the Christmas holidays with his family, will miss out on seeing his on-again-off-again girlfriend after she revealed that the two will not be together for the occasion. Gomez supposedly called it quits on her relationship to the Biebs earlier this month, blaming Justin’s “childish” behavior towards women and constant flirting for the two week break-up.

The pair have gotten back together just over a week ago but their relationship is still very rocky and Selena is willing to leave again if Bieber doesn’t mature and treat her better, according to reports. On Tuesday, Selena attended the UNICEF Snowflow Ball in New York City where she was asked by reporters if she and Justin had made any plans for Christmas together. Instead of giving a ‘No comment’ answer, Gomez didn’t hesitate to be honest and tell the truth.

“No, no,” the singer replied to ET Online. “[It will] just be me this year.” Gomez added that she’s planning to spend quality time with her family and hopes to dig into a lot of food. “I’m gonna go home. I want to go home, and sleep and eat a lot of food with my grandparents. It’ll be awesome,” she declared.

The same day she made this comment was also the day she dined out with Justin late that evening before heading back to their Dream Hotel room in NYC. According to People, the two were very quiet at first before they started smiling and kissed each other: “It was just the two of them, sitting together,” a source said. “At first they were quietly talking and then they started kissing. They were smiling, definitely seemed happy!”