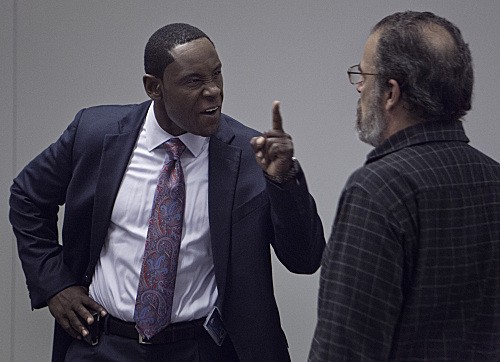 Tonight on Showtime is another new episode of our favorite political drama Homeland called ““Broken Hearts.”   On last week’s show fans got a a further mental breakdown of double agent Brody. The pressure was building for the disgraced soldier and playing both sides took it’s toll as he slipped his surveillance team with Mathison’s assistance. With fellow terrorist Roya Hamma, the CIA, his family, and his political ties pulling him in every direction Brody was hurling towards what was surely a climactic and satisfying end.  Did you watch last week’s show? We have a sneak peek it here for you!

On tonight’s show Carrie’s car is found crashed, but no Carrie. Is she off on a mental bender or has Nazir picked her up to try and blackmail Brody into pressing on with the mission? Nazir has to know about her – he’s got great intel – so I wouldn’t be surprised if he had picked her up. I also wouldn’t be surprised if she’s flaked out because Brody’s headed back to her family.

Tonight’s episode is going to be another action packed one, which you won’t want to miss. So be sure to tune in for our live coverage of Showtimes’ Homeland Season 2 Episode 10 — tonight at 10PM EST!