Ke$ha Says She’d Sleep With Justin Bieber, Is That How She Landed A Guest Performance On X Factor? 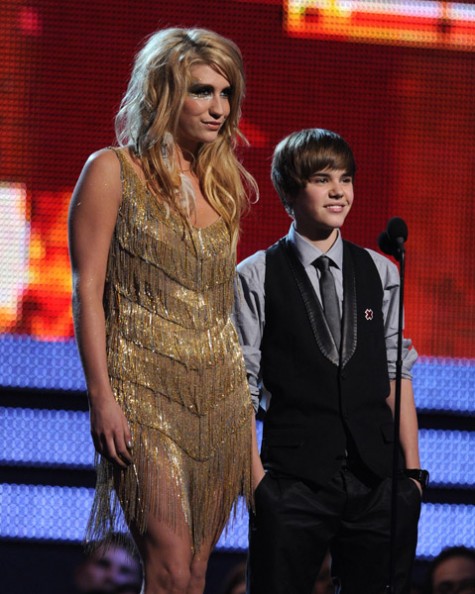 Well, this should be… interesting. Not only will Ke$ha be taking to the stage next week on X Factor, she also wants you to know that she would sleep with Justin Bieber, as long as it wasn’t illegal (which actually makes no sense as the Biebs is an adult). Last month, an unknown person filed a lawsuit against Bieber for allegedly having sex on his “Canadian bear rug” with Selena Gomez, before asking him for money so Justin could AFFORD to pay for the abortion, before adding that Justin had cheated on Gomez several times after sleeping with Ke$ha.

So, it only made sense for people to start asking about the crazy lawsuit. Well, they didn’t really refer to the lawsuit much, instead they just asked her if she would ever consider having an intimate affair with an 18-year old. I’m assuming you all know the answer,- the same woman who claims she had slept with a ghost answered the question very easily: “Sure,” E! News quotes the singer. “Wait, is he even legal? Could I go to jail for this? Okay then, I would [have sex with him],” she said. “We could go out and buy lottery tickets, vote, play putt-putt golf. All the things that are legal at the age of 18.”

Meanwhile it looks like her comments about the Biebs did some good for her career as she and Melanie Amaro will take to the stage next week to promote their forthcoming studio albums. Melanie, who won last year’s series on the talent show will be performing a song from her record Truly, while Ke$ha will auto-tune us to death with her new single C’mon. Though it pains us to say this, Ke$ha’s album will sell much more copies than Melanie’s will. We actually had to Google ‘Melanie Amaro’ as the same sounded familiar but we couldn’t remember who it was. Aww, bless. Ha.

Simon Cowell loves a little publicity stunt, doesn’t he?! Seeing what Ke$ha has been saying out of her filthy mouth must be seen as ratings gold for Simon who’d probably hope the singer does something scandalous on stage.

Calvin898 posts38 comments
You might also likeMore from author
RIP