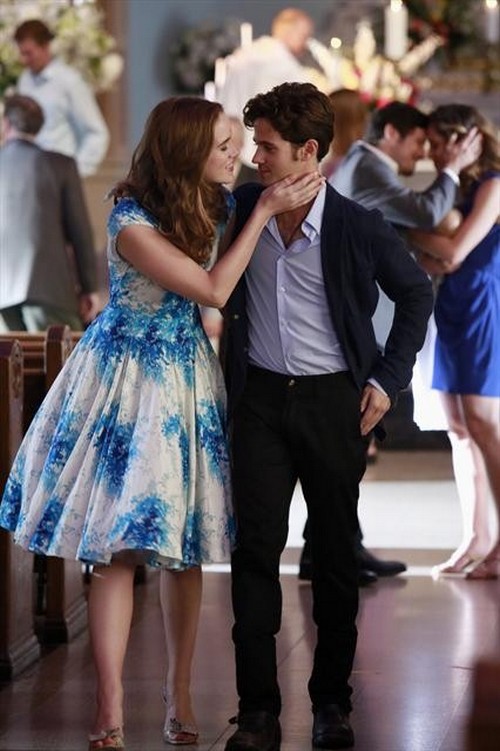 Revenge returns to ABC tonight with a new episode called “Revelations.”  On last week’s show Hindsight was 20/20 when a flashback to 2006 had Victoria getting a surprise visit from her estranged mother, triggering memories of her tumultuous upbringing. Emily embarked on her first mission under Takeda’s training, where she met Aiden and learned of his revenge path. 2006 is also the year Nolcorp went public, and Carl Porter got into hot water when he crossed the wrong people on the docks.  Did you watch last week’s episode? We did and we recapped it here for you!

On tonight’s show Nolan is confronted with a skeleton from his past, and Daniel’s leading role is challenged as Emily and Aiden weave their way through Grayson Global. Meanwhile, the christening of baby Carl brings new concerns to light for Jack and Declan.

Tonight’s Revenge episode 8 is going to be exciting, and you won’t want to miss. So be sure to tune in for our live coverage of Revenge — tonight at 9PM EST!  Check out the sneak peek video of tonight’s episode below, while you wait for the recap!