Glenn Close To Be Honored With The AGA Leadership Award 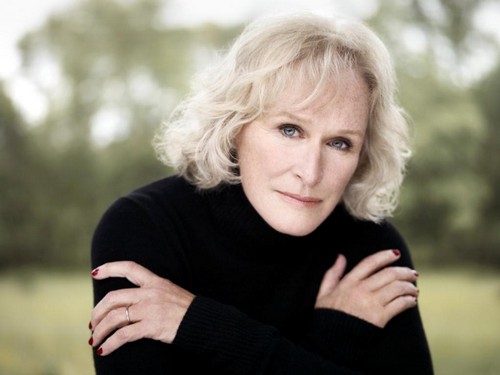 Six-time Academy Award nominee actress Glenn Close is to be honored with the AGA Leadership Award for her philanthropic endeavors at the second annual American Giving Awards (AGAs) presented by Chase.

Peter L. Scher, Executive Vice President and Head of Corporate Responsibility, JPMorgan Chase said, “We are proud to present Glenn Close with the AGA Leadership Award.  Glenn’s continuous generosity and her commitment to raising awareness for mental illness have shown that in addition to being a remarkable actress, she is also an extraordinary advocate.”

In 2009, Glenn Close — with the blessing of her sister Jessie, who lives with bipolar disorder and her nephew, Calen, who lives with schizoaffective disorder — co-founded BringChange2Mind, a not for profit organization committed to ending the stigma, and prejudice around mental illness. The Close family had learned that stigma can be as devastating as the diseases themselves. The evolution of this movement began when Jessie asked Glenn to use her celebrity to focus on the stigma. It grew out of Glenn’s first-hand observations of Jessie’s and Calen’s struggles with their illnesses and their brave journey to recovery. It was further informed by Close’s subsequent volunteer work at Fountain House, a globally-acclaimed, New York based, clubhouse model program that provides people with mental illness critical access to education, employment and community.

For more information, please visit www.facebook.com/chasecommunitygiving and click the “American Giving Awards” tab. Get updates and join the conversation on Twitter by following @ChaseGiving and using #GivingAwards.

The American Giving Awards (AGAs) will be hosted by Joel McHale (NBC’s “Community,” “The Soup”), the AGAs will air on Saturday, December 8 (8-10 p.m. ET) on NBC from the Pasadena Civic Auditorium in Pasadena, CA.