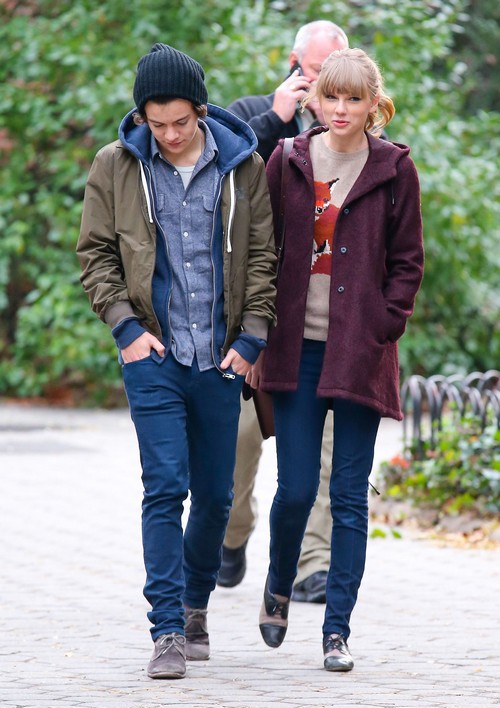 Young girls are crying everywhere….. it looks like there is a hot new celebrity couple – “One Direction” star Harry Styles was caught with rumored girlfriend Taylor Swift as they took a walk around Central Park in New York City, New York yesterday, December 2, 2012. The pair seemed to be getting a little cozy before meeting up with Harry’s stylist Lou Teasdale, her fiancé Tom and their baby Lux.  The friends had lots of fun watching the seals play.

Taylor certainly waste no time, she just broke up with Conor Kennedy after a summer romance and she is already on to her next man.

Rumor has it she is already looking to purchase a home in London so she can be closer  to Harry!