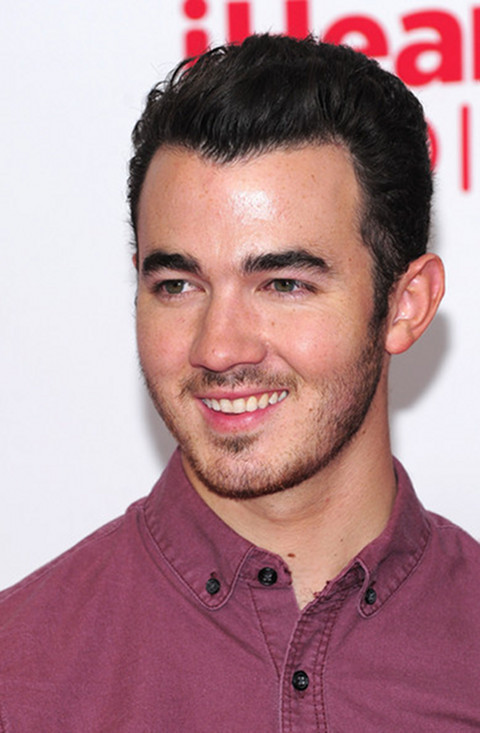 We knew fame twisted people, but this is a seriously low move! TMZ caught footage of Kevin Jonas leaving Katsuya restaurant in Hollywood tonight. A group of fans was waiting outside, hoping for a quick meet-and-greet with the pop star. One girl was so excited, she was literally crying. Kevin got into his car while the paparazzi were yelling on the girl’s behalf. “You’ve got a fan crying, Kevin…can you roll down your window?..She’s crying, bro!” Yells one photog. Despite a door being open (meaning Kevin can hear them, and see the crying girl!), he completely ignores their requests to just roll down the window and give a wave or smile!

We know that Kevin and his brothers are huge superstar celebrities, and that it’s impossible to stop for every waiting fan. But if you watch the video, you’ll see that his driver was waiting for a body guard to enter the vehicle for like, ten seconds. That is plenty of time! I can’t imagine anything that was going on in that vehicle that was so time sensitive and important that Kevin couldn’t look out the window. Unless…could his wife Danielle Deleasa been facing another immobile, yet terrifying balloon? (Dany has a hilarious phobia of balloons. Even seeing one that is outside freaks her out, because, as she said, “you don’t know what they’re going to do.”Not kidding!)

Watch the video and let us know what you think–is Kevin being a first class jerk? Honestly, the guy should be lucky he has any fans! It’s been a while since he and his brother trio have done anything noteworthy. I mean, he does guest appearances, hosting gigs, and has a TV series with his wife called Married To Jonas, but no new music, no concerts, no acting gigs. His fans are leftovers from years ago–he should be thankful for every one he has left! Well, what’s his excuse? Or doesn’t he have one?

Jonas Brothers Don’t Mind Gay Rumors – Because They Are True?