Paris Hilton Gears Up for Charity Work in Mumbai 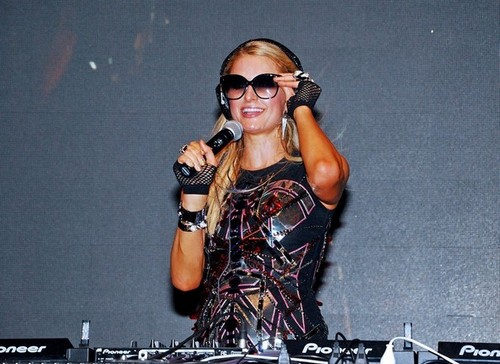 It’s gearing up to be a busy week for Hollywood Socialite, Paris Hilton, as she is enjoying her second ever visit to India. Last year she visited to launch her accessory and handbag line for the Indian people to enjoy.   First up on the starlet’s itinerary was a stint at India Resort Fashion Week in Goa  where Paris walked the ramp for Indian designers, Shane and Falguni Peacock during the show’s finale.  She was also on hand to spin some some records as the other models’ took center stage in the show.

On this trip Paris is also putting some of that fame (and the resources that go with it) to good use and spending a bit of time doing charity work.  She left the fun behind in Goa and landed in Mumbai on Monday morning. Paris then headed to Bandra to visit with a bunch of little ones that live in an orphanage there.  She played Santa Claus to the children, offering up lots of much-needed goodies and was even photographed dancing with the kids to some of their favorite tunes.

“Paris wanted to visit an orphanage while she was in Mumbai. She got in touch with someone in Bandra, who happened to know our trustee and that’s why she chose our organization.” said Cherie Pereira, senior project officer of Committed Communities Development Trust. CCDT houses 30 children in its Bandra branch.

She will also visit Mumbai’s Siddhivinayak Temple during her stint in India later this week.

Are you glad to see that Paris is doing something good for others? Should more stars be involved in charity work? Tell us your thoughts in the comments below!