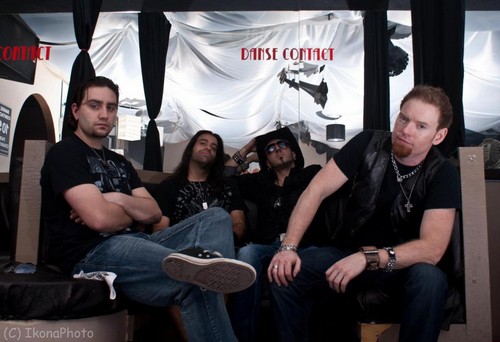 Nationally touring rock band ONE has just released their newest album, entitled “Worlds Collide.” The album, produced by Kevin Jardine and Chris Staniforth, features the band’s new single “Queen of Rock N’ Roll.”  They are about to embark on a nationwide tour titled: “The Rhythm, Soul and Outta Control Tour”.

ONE is a high-energy band that has performed hundreds of live shows in North America since 2007. The band’s three albums have sold thousands of copies worldwide. ONE has achieved worldwide radio airplay, and their song “Today Will Last Forever” was named “Rock Song of the Year” for 2009 by Toronto Rock Magazine.

Interestingly, ONE is also one of the few bands that has been interviewed by “The Father of Woodstock” Artie Kornfeld.