Who Knew Khloe Kardashian Believed In God? Reality Star Says She Prays Every Night With Lamar 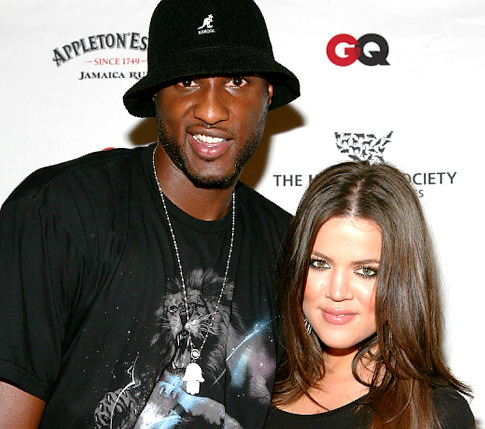 Wow!! Probably the biggest shock since finding out Kim Kardashian was dating another famous person (sense our sarcasm?). Khloe Kardashian has said that she and her husband, Lamar Odom, pray every single night, even when they may be in different cities. It looks like those prayers have done her some good though, seeing that she’s managed to stay married for three years now, her reputation continues to grow as she branches out as Khloe the X Factor judge as opposed to Khloe the sister in Kim’s shadow. Good for her.

Kardashian tells People that she and her little Lam-Lam always find time to pray together, no matter the situation.

“We are very spiritual and we say our prayers with each other every night,” Kardashian said. “He will lead the prayers and it is so sweet. Sometimes his plane will land in the next city [at 4am] and he will still call me and we say our prayers. If I’m asleep and don’t answer, he will text me a prayer. It keeps us together.”

Good news, she’s becoming very popular with her being on X Factor, bad news is that she better step up her game because she hasn’t exactly been a great host. While it’s understandable that every new host needs some time to get into their zone, Khloe has been taking rather long, and let’s not forget that Khloe is also a very outspoken person herself — yet when she appears on the talent show, she’s very.. fake we should say. Almost as if they wrote in the teleprompter ‘repeat what Mario is saying, sit on Simon’s lap’. Yikes!

She added that Lamar hasn’t quite managed to work out the whole new technology yet, but he’s slowly getting there: “I have to walk him through it on the phone and it takes forever,” she revealed. “He’s just not a very big electronics person.”