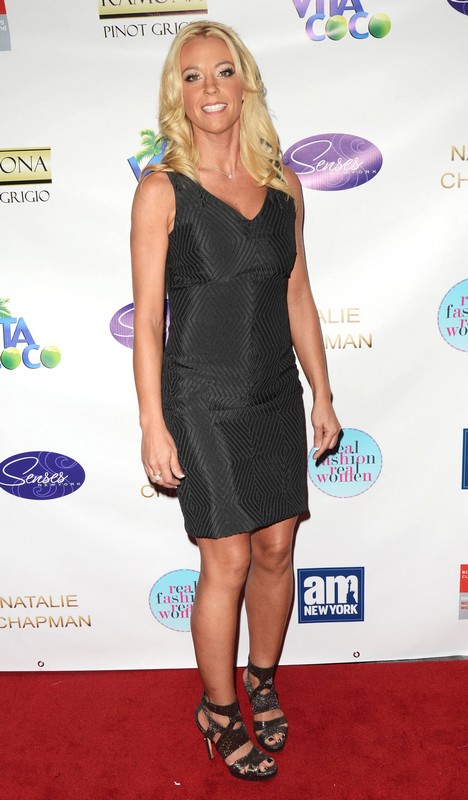 It has been a minute since Kate Gosselin managed to grab any kind of recent publicity so it’s pretty predictable that she would pop up now, at Christmas time. The chronic reality TV star has primary custody of her 12-year old twins and 8-year old sextuplets and says that since 2009 the kids have spent Christmas Eve with their father, Jon Gosselin. This year that is going to change and leave it to Kate to blame it all on the kids. According to the National Enquirer,

“They’re at the age now where we ask them. So they basically dictate it and they want to be home Christmas and the days surrounding it. They’re so fun just to take shopping because they genuinely really think through what the other wants. We don’t do Santa, but they give me the list, and they have really really big requests and I really really work really hard to honor them. All that electronic equipment is so expensive. I’m trying to explain to them, ‘If that’s on your list then please understand there’s not going to be, like, a two-hour opening session.’ They’re at the age where you have to explain that”.

I agree that the kids are at an age where they should have at least a little bit of say as to where they spend their time, but you know that Kate loves the fact that they want to cut Jon out of the loop! I mean, she loves it so much that she couldn’t wait to tell the press that even the kids hate their father! You know that’s exactly what she’s trying to insinuate here! I also love how she then quickly shifted to presents and how SHE tries to fulfill their wish lists. Are we to really believe that Jon is a total deadbeat that won’t provide? I mean, wouldn’t that be what she was complaining about instead if it were the case?

I have to wonder if it really is up to the kids to be with her for their whole Christmas break. Kate may say it was their decision, but I have a hard time believing that this control freak lets them decide much of anything important! Do you think they are avoiding their father? Tell us your thoughts in the comments below!