Kelly Osbourne: ‘I Never Thought I’d Be The Girl Who Wakes Up To Exercise In The Morning’ 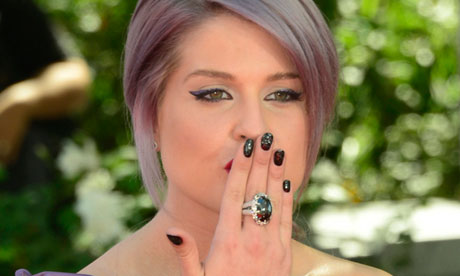 Kelly Osbourne is extremely proud of how she managed to turn her life around. As many of you may know, Kelly wasn’t exactly on the right path during her teens and throughout her early 20s. The reality star overdosed on drugs and became addicted to it, before realizing that she was going to die if she wasn’t going to change her ways anytime soon.

Luckily, she managed to find help in rehab before being offered the role to appear on Dancing with the Stars, where she made the drastic change in her life; she became more healthy and lost 50lbs through intense workouts.

In an interview with Life & Style, Kelly praises herself for losing the weight naturally, unlike her mother Sharon Osbourne who took the easy route and had it removed through surgery, before deciding she would also get a facelift. What a crazy woman. Ha. She continues that she would have never thought she would be the kind of person to get up in the morning and exercise as she’s constantly reminded by the way she used to behave and act.

“Ultimately, I’m really glad I lost the weight the way I did,” she explained. “I never thought in a million years I’d be that healthy girl who wakes up every morning to exercise. I have one cheat day a week and I eat whatever I want, [including] pizza,” she joked.

In the early 00s, Kelly’s life was far from perfect. She not only struggled with an addiction, she also became overweight and faced constant depression which later on led to her contemplating suicide. She told Fabulous magazine:

“I woke up one day and wished I was dead. I wanted to kill myself. I had a period where I behaved really badly, I was a complete arse, but I was incredibly unhappy, incredibly messed-up.”