Holly Madison On Expanding Her Family: ‘I Want To Have Six Children’ 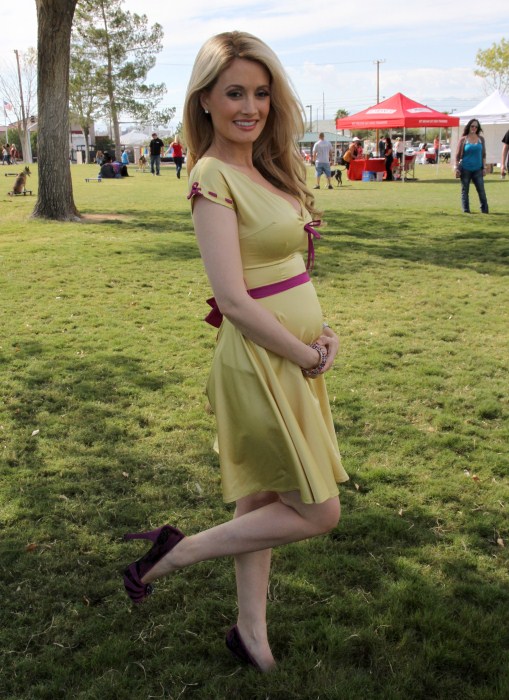 Wow! So Holly Madison hasn’t even had her first child yet and she’s already considering having FIVE more in the near future. The former reality star, who announced her pregnancy earlier this year, has said that she definitely wants to have a big family with her boyfriend, Pasquale Rotella. Holly’s dream had always been to marry Hugh Hefner and have kids with him, after spending six years at the Playboy mansion. But, she hasn’t look back since leaving and is now looking forward to what the future holds for her career while she’s still on Las Vegas’ production Peepshow.

Holly explained that she wasn’t planning on trying to have a child this year since she was busy on Peepshow and would have preferred to star trying for a child after her contract expired in 2013 because she didn’t want to be distracted, especially not with a baby bump while on stage. Madison adds that she found getting pregnant to Pasquale very easy,- easier than she thought the process would have been.

“We knew we wanted to try to have kids, but probably next year. I don’t know why this is, maybe because I am 33 or what, but I didn’t think it would be that easy for me to get pregnant. But it was. We were really excited about it, happy, but we always kind of pictured getting pregnant after my contract was up.”

“”We’ll see how it goes, but I want a big family. I would want six. My main motivation for staying in the spotlight at all is, I don’t want to just be known for being involved in Playboy, or having been Hugh Hefner’s girlfriend – I hate that,” she said. “I like to show I can do other things and take on other challenges. That’s my main motivation.”

Holly will return to broadway “within weeks” after giving birth, she says.