Khloe Kardashian: “My Mom Would Do Anything To Get Her 10%” 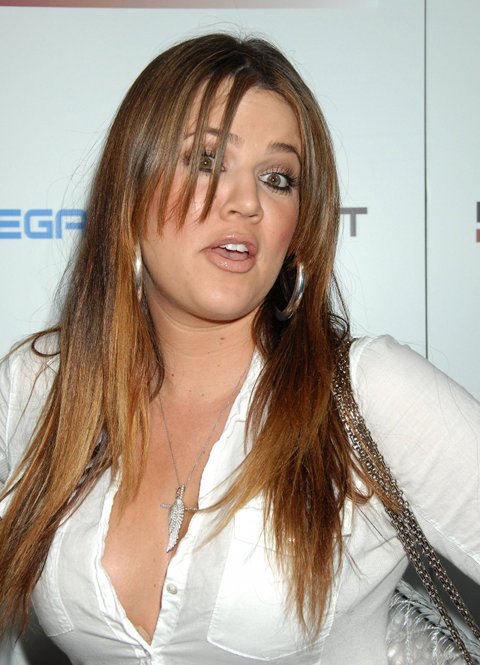 We’ll give you a moment to collect yourself after reading such a shocking headline. Yes, ladies and gentlemen, it’s true: Khloe Kardashian has finally outed her mother/manager Kris Jenner as the ruthless, scheming money grubber she is. We’ve known this to be true for years–what real mother would shop around her daughter’s sex tape, just for the sake of fame? Actually, now that I think of it, I’m pretty sure every mom from the show Toddlers & Tiaras would. But that doesn’t make it right! Matriarch of the Kardashian koven Kris has been criticized often for her bizarre parenting style, which looks more like pure exploitation than motherhood. While most parents are worried about their kids’ grades and social behavior, Kris is pulling her kids out of high school, flying them around the globe for skimpy photo shoots, and selling them out to the E! Network.

Tonight, Khloe made a guest appearance on The Tonight Show With Jay Leno. The new host of The X Factor USA is around talented performers for a living, so they pulled out some super adorbs footage of her enthusiastically singing a toddler’s version of the happy birthday song to her now-deceased father. I’m not going to be ice woman: Khloe was a super cute kid. What happened? Jay leads in to the clip by saying that Kris once thought Khloe had a real talent for singing, to which Khloe quickly snapped, “My mom would do anything for that 10%, wouldn’t she?” Now, we know that she probably meant it as a joke, but when does it stop being funny? Kris is now responsible for raising five women who have gone out into the world and plagued it with artificial, Botoxed, snipped and trimmed barbie people. Watch the clip below and let us know what you think! Could Khloe be starting to snap?