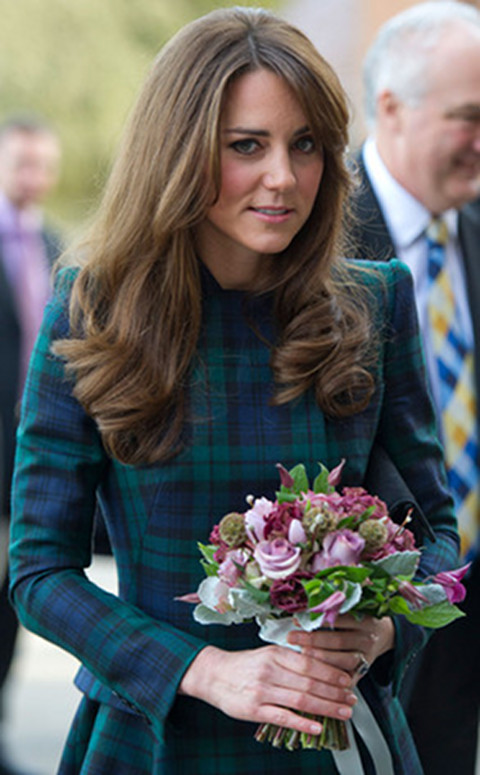 How could this happen in the motherland of James Bond? We know that Kate Middleton has been in King Edward VII private hospital in London, where she is being treated for morning sickness. And we’re thrilled with our royal Christmas gift–9 months of pregnant, fashionable Kate and speculation about god parents, birth plans, baby names, and so on. But how can they hope to have a healthy baby if they can’t even keep Kate safe while she’s confined in a hospital bed? This morning Kate’s security was threatened when  hospital staff gave confidential information about her condition to Mel Greig and Michael Christian, two Austrailian radio show hosts. By impersonating the Queen of England, Elizabeth II, they tricked a nurse into reporting, “She’s sleeping at the moment, and she has had an uneventful night. And sleep is good for her. She’s been given some fluids…She’s stable at the moment.”

Now, it’s not like they got her weight, a foetal head count, or her bust measurement. But what does it say about hospital staff that they can’t tell the difference between two Australian men and the Queen? The hospital explained that a cal from someone who sounded like the Queen came in, asking about Kate’s condition. The call was transferred to the appropriate ward, where a desk worker spoke got information from a nurse. The radio hosts posted the video to their website, but it is currently unavailable. The hospital explained that the call “was transferred through to a ward, and a short conversation was held with one of the nursing staff. King Edward VII’s Hospital deeply regrets this incident.”

They’d better! I don’t know what the wrath of the monarchy looks like nowadays, but two hundred years ago they had a strict Heads Will Roll policy. Surely the hospital has some steps in place to confirm the Queen’s identity. To check an appointment time at my doctor I have to give my social security number, birth date, and mother’s maiden name! This just brings us back to the first thought upon hearing Kate was being checked in: why isn’t she being brought to doctors when they can be brought to her? I mean, these people have what constitutes the absolute best health care in the world. Is it too much to ask that a few leading doctors be shipped up to Wales or to their newly-renovated Kensington Palace apartment? Why go through the fuss of incompetent secretaries and mobs of paparazzi when you can keep it all inside a palace gate? Based on the nurse’s comment, “she’s stable at the moment,” I wonder if she wasn’t stable before? What constitutes stable? Was she so direly sick that she had to be in hospital, where more resources than an IV bag and damp towel were available? Was Kate fighting for her life?