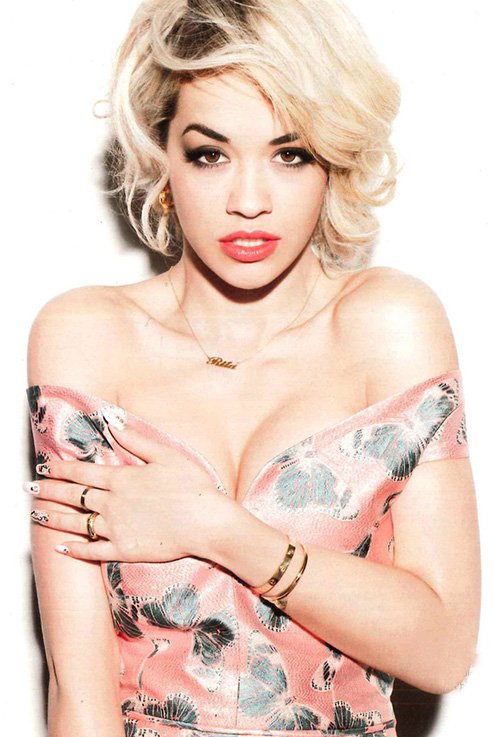 Erm, so was Rob Kardashian making all of those tweets up for publicity? Well, it wouldn’t be so shocking when you consider that Kim Kardashian had a 72 day wedding, where she cashed in $17 million while her sister married an NBA baller after only knowing him for three weeks. It seems to be running in the family. Rita Ora tells Glamour that her relationship to Rob ended very early on – note that this interview was done BEFORE Kardashian took to Twitter to make the allegations she had cheated on him with twenty different men.

“I’m not going out with Rob. We were close for a while, but it didn’t work because I was never there. I was like a ghost. I used to get so frustrated with myself and then wonder why I was angry, so I decided it was best to keep [our relationship] friendly – especially at the moment, when there’s so much going on.”

Rob was spotted in the UK several times this year, before also being spotted at the same nightclub with Rita after she landed her first number one single in Britain with ‘R.I.P’ — that’s when the reports that they were dating started coming in. Kardashian’s tweets have claimed that Rita not only cheated on him, but that she also had unprotected sex during her promiscuous flings with other men whilst being pregnant with Rob’s child. Rob has since denied ever referring to Rita in those tweets.