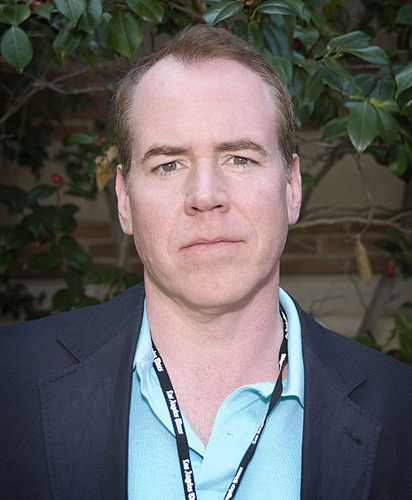 The controversial author and screenwriter, Bret Easton Ellis, once again stayed true to his controversial nature when he publicly attacked Oscar winner and “Zero Dark Thirty” director Kathryn Bigelow, claiming that the highly successful female director is only receiving critical praise because she’s a woman.  The misogynistic Ellis wrote on Twitter, “Kathryn Bigelow should be considered a mildly interesting filmmaker if she was a man. But since she’s a very hot woman she’s really overrated.” Wow.

Bigelow’s latest film, “Zero Dark Thirty” tells the story of the raid on Osama bin Laden’s compound in Pakistan. The film has already been touted as an Academy favourite and come February 2013, there’s a very strong chance that Bigelow might once again cause an upset by walking away with the Oscar for Best Director. The film has already received one of the highest honours in the land, when it was named as the best film of 2012 by the New York Film Critics Circle and The National Board of Review. Bigelow became the first female in cinematic history to win an Oscar, when she took home the golden statuette for Best Director in 2010 for “The Hurt Locker.”

Several Twitter users jumped at the opportunity to defend Bigelow and called Ellis overrated after his controversial tweet. This wasn’t the first time a rogue tweet landed Ellis in hot water, as earlier this year he compared the super successful music show Glee to “stepping into a puddle of HIV.” He also celebrated JD Salinger’s death earlier this year when he tweeted, “Yeah!! Thank God he’s finally dead! I’ve been waiting for this day for-f****ing-ever! Party Tonight!!” He also said on Twitter that a certain actor was too openly gay to play a heterosexual character, and in July he called Nikki Finke – a famous American journalist and blogger – “A complete and total old-school f****ing Hollywood loser.”

The most controversial are usually the most foolish.