Brad Pitt is Ordered By Studio Execs To Clean Up His Look FAST! 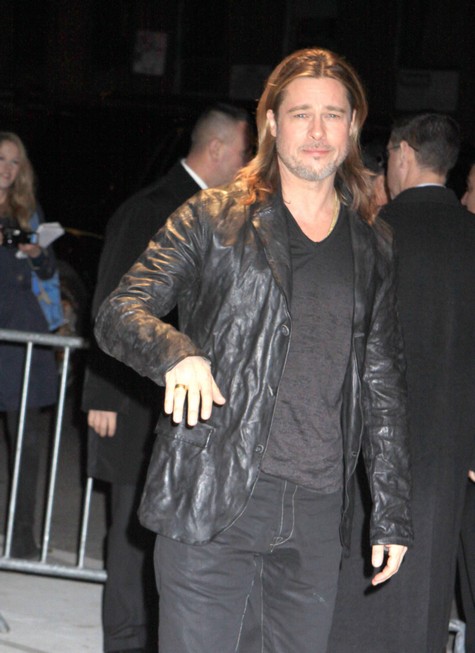 Brad Pitt who turns 49 this week has been looking a bit greasy lately.   The long hair worked when he was younger but not anymore.  As a father of six children and making movies he has been letting himself go a bit.

The Sun reports, “The star is going back his Ocean’s Eleven and Mr & Mrs Smith glory days to smarten up his act.  His last film Killing Them Softly bombing, and ribbing over his Chanel scent ad has led to the change.  A source said: “Film bosses are over the goatee and greasy hair.

Add to all this, Brad has been putting on a little weight lately and is starting to look more and more like a middle-aged man.  Brad realizes if he wants to keep getting and getting those leading man roles he is going to have to clean up his act.

Which look do you prefer, the long hair or the clean cut Brad?  Hit the comments and let us know!