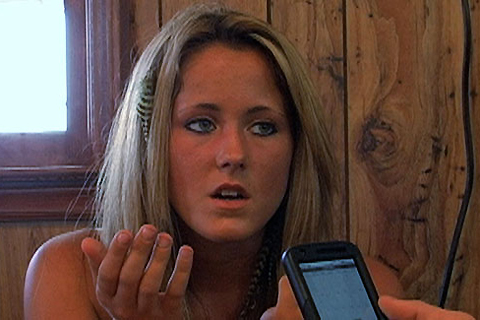 We. have. no. words… literally. Ke$ha has praised Teen Mom star Jenelle Evans for skipping jail time to attend the singer’s concert after getting second-row concert tickets for the show, which went down on August 9th. Evans’ lawyer, Dustin Sullivan had arranged for the MTV star to spend 45 days in jail to end her extended jail time, but Jenelle had other plans. Evans had told her lawyer:

“Ke$ha is my favorite artist ever, she’s just like me. I listen to her all the time in my car, everywhere I go, always singing it in my head, I know all the lyrics to all her songs.”

Asked about the comments Jenelle made about her desperately wanting to see the singer live in concert, Ke$ha emailed to The Huffington Post:

So, are we supposed to take Ke$ha seriously with that stupid email she wrote? Quite ridiculous for her to say something like that, seeing that she has millions of teenage fans who look up to her as a role model. In other words, she is trying to say don’t let anyone stop you from coming to my concerts… no matter what the situation is. What kind of nonsense is that?